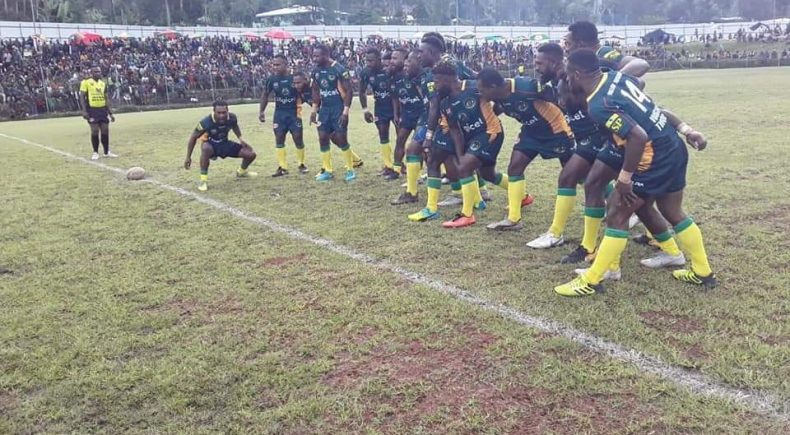 The Goroka Lahanis have handed the Rabual Gurias their first loss of the season allowing the 2017 Premiers, the Lae Tigers, to leapfrog to the top of the PNG National Rugby League Digicel Cup competition.

Goroka continued their club up the Digicel Cup ladder with a strong 28 – 14 win over the competition leaders at home to move to eight Premiership points and into the Top Five.

In other matches, the Kimbe Cutters secured their first win of the season with a tight 15 – 14 win over Mendi, whilst the Lae Tigers moved to 15 Premiership points with their 38 – 12 win over the Central Dabaris.