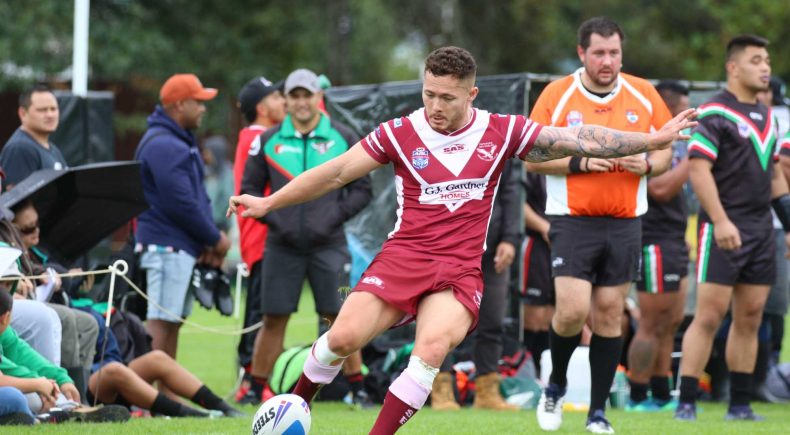 Defending Premiers, the Pt Chevalier Pirates, have bounced back from last week’s opening round to defeat Papakura 24 – 18 at Prince Edward Park, whilst the Glenora Bears made it two from two with a convincing win over Otahuhu at Bert Henham Park.

Richmond 18 Bay Roskill 22
A second-half comeback saw Bay Roskill pick up their first victory since returning to Auckland’s top flight. Down 12-4 at the break, the Vikings wore Richmond down through the opening 20 minutes of the second spell and won the match inside the final 10 minutes with a Silila Vaivai four-pointer.

Northcote 29 Howick 22
Northcote made it two from two to start the new campaign, with a hard-fought win over Howick. Scores were tied at 10-apiece at the break, but Northcote pulled away in the second 40, getting one back over the side who eliminated them from last year’s play-offs. Prop Eddie Figota was a standout for the Tigers.

Papakura 18 Pt Chevalier 24
Pt Chevalier overcame Papakura in the second stanza to register their first win of the new season. Off the back of a strong showing from forward Kouma Samson, the Pirates scored twice in the second half to secure the victory.

Manurewa 16 Marist 28
Marist edged past a gallant Manurewa to claim their first victory under new head coaches Zane Pocklington and Francis Meli. After taking a comfortable 18-point lead into the sheds, Marist were run down in the second and led just 22-16 with 10 to go, before a late try secured the result.

Mangere East 28 Mt Albert 35
A field goal and late try saw Mt Albert home against a dogged Mangere East at Walter Massey Park. The Lions led 22-6 at half-time but fell behind late in the second spell as Mangere East threatened an incredible comeback victory. With scores locked at 28-all in the dying stages, Eiden Ackland kicked a go-ahead field goal before a converted try gave Mt Albert the seven-point winning margin.

Otahuhu 6 Glenora 40
Glenora powered to a comprehensive away victory over Otahuhu to start the season two from two. Solomon Vasuvulagi had a pair of tries, while the accurate boot of Chaz Brown blew the scoreline out. Setu Tu scored Otahuhu’s only try, as they fell to back-to-back defeats to start the year.