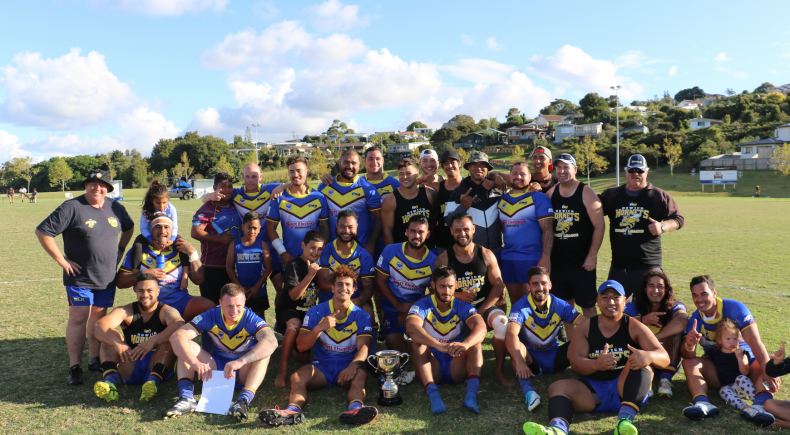 The Howick Hornets have won their first ever Sportsafe ARL Nines title, after overcoming the Hibiscus Coast Raiders 22-4 in the Grand Final at Stanmore Bay Reserve on Saturday.

It comes a year on from the Hornets winning the second-tier Pennant title at the tournament, with coach Shaun Clark’s new-look side making the ideal start to their 2019 campaign.

Fourteen unanswered points in the first half laid the platform for the Hornets, with tries to Jesse Albrett, Richard Piper and Trent Bishop, leaving the host team in a state of shock at the end of the opening nine minutes.

The Raiders hit back immediately in the second, scoring through Korey Craig, and looked to have a second a short time later via Nehumi Teu, only for the fullback to have been ruled to have stepped into touch on his way to the line.

That seemed to spark Howick back into life, as they promptly went down the other end and scored their fourth try thanks to Connor Morris, before Joshua Simeon put the icing on the cake with a late four-pointer to secure an emphatic victory.

Earlier in the day the Manurewa Marlins won the second-tier Pennant title with a dramatic 18-14 golden point victory over Marist.

After overcoming a 10-4 deficit at the break, Manurewa scored late to force golden point, before Nathan Simmons latched onto an offload metres out from the line to seal the win.