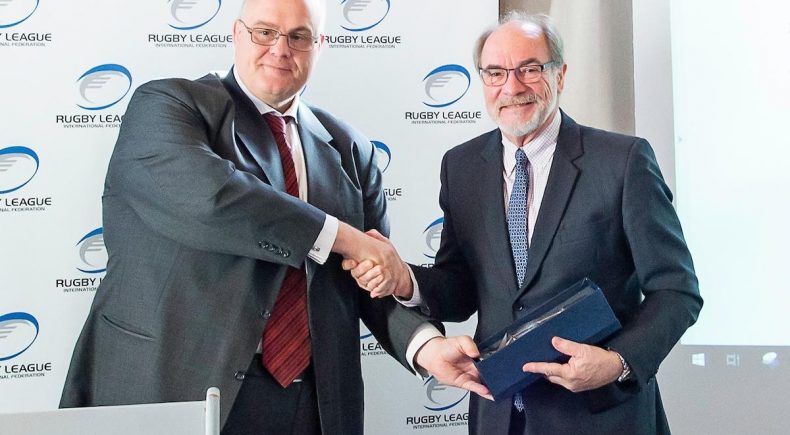 At the Annual General Meeting of the Rugby League International Federation held in York, John Grant stood down as the Chair. He has served on the Board since 2012.

Graeme Thompson, who is also on the Rugby League European Federation, was elected by the board as its new chair and Peter Beattie from the Australian Rugby League Commission was appointed as Deputy Chair.

Incoming Chair, Graeme Thompson is proud to take up his new post saying

“It is an honour to have been asked to become the Chair of the RLIF, as the growth of the sport across the world has been a long term passion of mine. I am fortunate to be taking over from John Grant, who has been a very good Chair. I want to thank him for all of his work and for providing a platform from which the international game can flourish.“

“John has been the most supportive and committed of leaders. I have worked closely with him over a number of years and in a variety of capacities. I only have admiration for his honesty and independent thought, I wish him well for his next venture.”

The Board and membership of the RLIF have formally approved a proposal to alter the governing documents of the organisation which will allow them to modernise the way in which it conducts its business.

The existing document which has been in place since 2010 is being updated to recognise the growing membership and the requirements of best practice required by international and national agencies.

The proposed changes will see a greater spread of representatives on the board, will allow the appointment of well-qualified independent directors and will ensure that the RLIF operates according to the latest best practice models.

Outgoing chair, John Grant who has been a driving force behind the governance review commented on the support from the membership

“It is a long and sometimes difficult process but I am proud that one of the final decisions made under my chairmanship was for the members to endorse the modernisation of the governance of the RLIF by approving the process for this important development. We have to stand up to the scrutiny of best practice from the membership and from other world agencies.”

Ralph Rimmer, CEO of the RFL and RLIF board member said

“John’s had an immense impact on the international game and its progress. He is a man of high integrity, meticulous professionalism and we have all benefitted from his contributions and the sport will continue to benefit from the changes that he has instigated.“

The delegates also heard presentations on the development of the organisation’s digital activity, the progress of RLWC2021 and updates on each strand of the RLIF strategy, Global Conversion.

The final event of the formal gathering was to bestow Life Memberships on retiring board member, John Bishop and long-standing internationalist, Tas Baitieri. 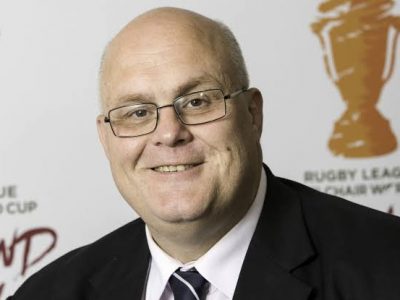