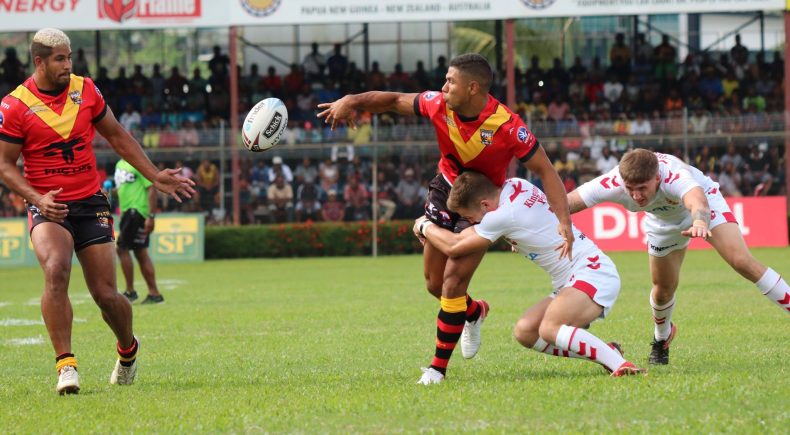 Paul Anderson has made six changes to the England Knights team who won their first international against Papua New Guinea last weekend as they aim to complete a 2-0 series win in Port Moresby on Saturday.

The Warrington pair of Harvey Livett and Danny Walker – who recently joined them from Widnes – are among the new inclusions, taking the Wolves’ representation to seven alongside Joe Philbin, Toby King, Tom Lineham, Dec Patton and the Knights captain Jack Hughes.

Leeds Rhinos trio full-back Jack Walker, wing Ash Handley and prop Mikolaj Oledzki have also been called into the 17, as Anderson ensures that all 23 members of his squad will have gained match experience in PNG.

Matt Whitley, who will join Catalans Dragons next season, is included in the squad in place of Hull FC’s Dean Hadley who returned home from the tour due to illness earlier this week.

Anderson said: “It was pleasing to secure that first win and we’re hoping we can do the same this weekend against a tough Kumuls side in Port Moresby.

“This tour is about providing players with experience and development opportunities as we build towards creating the strongest England side to take part in the Rugby League World Cup 2021 and each player that travelled with us on this tour will return home having had that once in a lifetime opportunity to represent their national side in Papua New Guinea.”