Africa United too strong for ASEAN 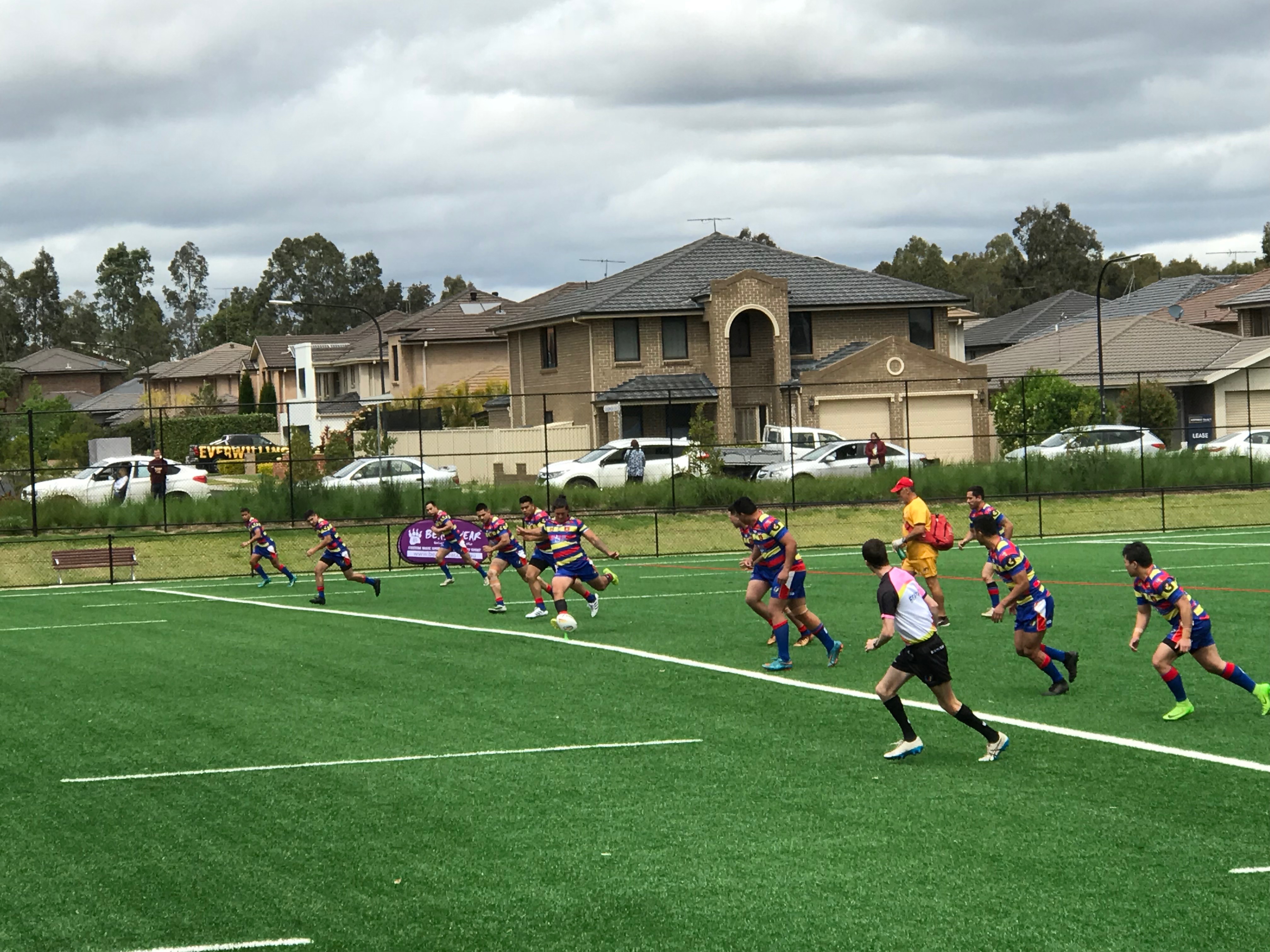 Journalist
Rugby League Around the Grounds

Africa United proved to be too strong for ASEAN in high-quality first game of the regional pool within the Rugby League Emerging Nations World Championship, winning 32-20.

With wet weather playing the role of the wild card, day three got moved from Cabramatta to the beautiful artificial turf of Kellyville Ridge.

Match one of the day would be the first ever game on the field as the Regional Championships kicked off between Africa United and ASEAN Rugby League, representing nine different countries.

This would be the first game that the ASEAN Rugby League team would play as an official team, and Africa United would look to spoil the start very early on.

The Africa United team would have the majority of both field territory and possession in the opening ten minutes, with repeat sets and some sloppy play from ASEAN allowing Africa United to move up the field consistently.

Moung Dut would take full advantage of that with a burst of speed after feigning a pass to his outside backs on the right, breaking a tackle and scoring the first try of the game.

Obed Karwhin would have the kicking duties, and made no mistake with his first attempt to make it 6-0 after eleven minutes.

Africa United would go back-to-back, with Obed Karwhin getting himself a try with a barrelling run from 20 metres out after some quick dummy half work from Valerie Moise.

The Africa United fullback would convert his own try to make it 12-0 after just fifteen minutes.

ASEAN would have the bulk of the territory over the next five minutes, with the side desperate to get on the board and not let United run away with the game early on.

Penalties and back-to-back sets helped ASEAN’s cause and they would get on the board through a dummy half scoot from Nathan Arnamnart.

The hooker would send the markers the wrong way and go over virtually untouched from close range next to the right post to score the first try in the team’s history, bring the gap back to 8 points.

Tyler Chant would have the kicking duties for ASEAN, with his first conversion attempt slicing left to keep it at 12-4 after twenty minutes.

It would not take Africa United long to hit back, with penalties allowing United to march back up the field.

Some lovely hands on Africa’s right side gave the team their third try, allowing Alphonso Payne to go over in the right-hand corner.

Obed Karwhin would miss his attempt on the right touchline to leave the score at 16-4 after twenty-six minutes.

ASEAN would then have their chance to hit back after an error by United, as well as back-to-back penalties providing a great opportunity to score from close range.

It would be another run from dummy half by Thomas Sarangaya, sending a huge dummy left before he would barrel over from a metre out right next to the posts.

Tyler Chant would make no mistake this time, converting his second attempt to make it 16-10 with five minutes to go in the first half.

Africa United got the last laugh of the half though, as Karwhin scored his second try of the day just before the break.

The fullback would just push his way over from close range, as well as converting his own try to leave it at 22-10 in favour of United at the break.

It would be a more even opening start to the second half compared to the first, with both teams battling it out in the middle of the field.

Big hits and big charges would be the call to start the half, as ASEAN would grab the first points of the second half with some majestic play.

James Mabey broke a tackle and chipped over the top of the defence from halfway, regathering after a perfect bounce.

Mabey then got away from two defenders and offloaded to Trent Kurnoth, who gave it away to James Workman for the try of the day in the left-hand corner after fifty minutes.

Tyler Chant missed the conversion, slicing it to the left of the uprights to leave the game tastily poised at 22-14 and with plenty of time left.

A break from ASEAN would nearly result in more points, with Obed Karwhin making a try saving one-on-one tackle on Richard Mante after a great expansive break from ASEAN.

Samuel Karwhin then forced the error on the next play to ensure that ASEAN stayed 8 points back for the time being.

Samuel Karwhin set up the next try for Africa United, breaking through four defenders and drawing the fullback in from inside his own half.

He would look right and pass to an unmarked Alphonso Payne for his second try of the game to put some serious pressure on ASEAN.

Obed Karwhin would make no mistake from right in front to make it 28-14 with fourteen minutes to go.

ASEAN would not go away though.

Tyler Chant kicked a crucial 40/20 with ten minutes left to give his side a chance, though it didn’t amount to points after a forward pass by Chant allowed the United team off the hook.

ASEAN just would not give up though, with Richard Mante taking advantage of a shocking error from Africa United just metres from their own tryline.

The rain had started just a few minutes prior, and the slick ball went away from one of the United players hands. That would allow Mante to go over and give them a small sniff with three minutes left.

Tyler Chant converted, bridging the gap back to 8 points with just a few minutes left.

ASEAN would throw it around, hustling up the field to be in great position with just two minutes left but a poor last tackle choice would see any chance of a final comeback snuffed.

Africa United would end up winning the opener of the Regional Championship 28-20, with a last minute try from a scrum to Moung Dut.

Africa United will re-group, before taking on the Mediterranean – Middle East team on Wednesday and ASEAN will take on the Latin Heat right after the United game. 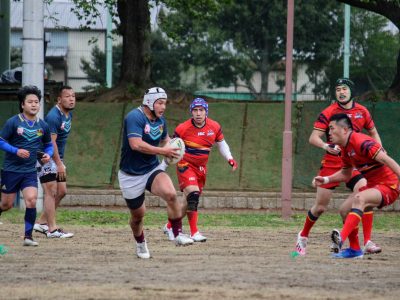