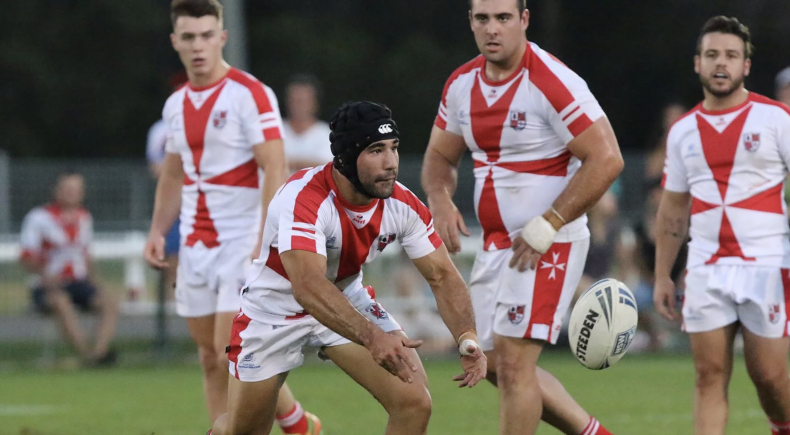 The first game of the Rugby League Emerging Nationals World Championship was held out at Windsor Sporting Complex in Sydney, with Malta and the Philippines doing battle.

The hype of the Emerging Nations World Championship had reached its peak, and with the build up done and dusted it was time for these two nations to dive into battle to open up the tournament.

The opening game would be full of bit hits and some fantastic footwork, with Malta coming out of the blocks full of steam.

It would take just over four minutes for the first try, with Kyle Cassel nearly breaking through the line on a shortside play, offloading to Nathan Benson who would go through over untouched to score the first try of the Championship.

Benson improved the angle of the shot by darting in field to plant the ball down, he would convert to make it 6-0 after as many minutes.

The Philippines would gift Malta some back to back sets thanks to some sloppy handling, penalties and a deflected kick.

It would be all that the Knights needed as two plays after a deflected grubber deep in the Knights attacking half, Sam Stone would bring out some fancy footwork and dance his way through the Philippines defense to score Malta’s second try of the afternoon to the right of the posts.

Benson would add the extras to make it 12-0 after as many minutes.

The Philippines would wake up after this, with some big hits and enterprising play allowing them to get deep into the attacking half without reward.

Some great defensive structure from Malta would hold out the attack of the Philippines set after set, making the most of their next opportunity through Kyle Cassel.

A simple second phase play would see Cassel get around his opposite number and slide into the far left corner for a 16-0 lead, with Benson missing the kick from the left hand upright.

The Philippines would hit back almost straight away though, with some fantastic running by the outside back and the prop forwards allowing for some expansive play close to the line late in the set.

Jordan Bien would get a low ball from Marc Russell, but Bien would dance through two tackles and get under the tackle of Benson to score the Tamaraws first try of the tournament.

Bien would convert his own try to bring the margin back to ten at 16-6.

A few errors from both sides would start to creep in, and Malta would capitalise first on it.

Justin Rodrigues would slide straight through the Tamaraws defense after selling a dummy to his right, coming back under the post to make it 20-6.

Benson would shank the kick from directly in front to leave the scoreline as it was going into the half time break.

The second half would start up with both teams attacking the lines and having chances to score, yet coming up empty handed.

Malta would open up the second half the same way they started the first, with Kyle Cassel receiving a short ball from Tyler Cassel to go through the defense untouched from 30 metres out.

Benson would make no mistake this time with the conversion, giving Malta a 26-6 lead.

The Philippines would have to toughen up in defense, surviving raid after raid on their own line to then turn it around and score on their first raid at the Knights defense in a while.

Blake Mackay would take advantage of some spread play, with two offloads and a chest pass out to him allowing the winger to go over with an acrobatic dive to make it 26-10.

Bien could not convert, with the game on a tightrope.

Malta would put an end to it though, with Jake Attard barreling through from dummy half with eight minutes of time left to score in a captain’s display for the Malta Knights.

Nathan Benson would make no mistake from in front this time around, and Kyle Cassel would once again go over to put the icing on the cake as the Knights would record their first win of the RLENWC 2018 campaign with a 36-10 win.