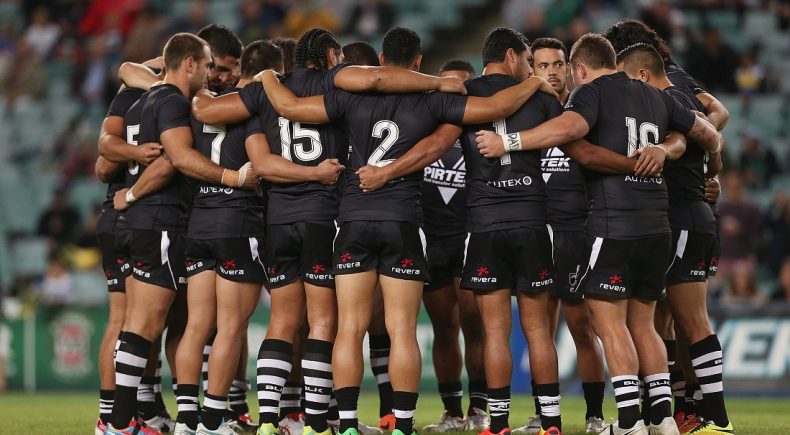 Seven experienced players make their return alongside five debutants in the squad named today for the New Zealand Kiwis’ four-Test end of season campaign against Australia and England.

Another feature is the inclusion of three Sydney Roosters players from last night’s 21-6 NRL grand final win over Melbourne while four Storm players have also been named.

The Kiwis begin their programme against the Kangaroos at Mount Smart Stadium on Saturday, October 13 followed by a three-Test series against England at KC Stadium, Hull (October 27), Anfield, Liverpool (November 4) and Elland Road, Leeds (November 10).

Maguire has also further underlined the Kiwis’ new direction with the introduction of five more newcomers:

“This is a new era for the Kiwis and that’s again reflected in the make-up of this squad as it was for the Denver Test,” said Maguire.

“A lot of experienced players have moved on in recent years in the shape of Simon Mannering, Thomas Leuluai, Manu Vatuvei, Jason Nightingale, Ben Matulino, Kieran Foran, Russell Packer and others.

“We’re also without Roger Tuivasa-Sheck, Issac Luke, Tohu Harris and Nelson Asofa-Solomona this time while there have been a number of players who have aligned themselves with Tonga.

“For us it’s really exciting bringing in these new players as we strive to take the national side to the place we want it to be. That starts with the Test against the Kangaroos.

“It’s a huge opportunity for us and for the sporting public having the world champions in our own back yard. We also have the Kiwi Ferns and the Junior Kiwis taking no Australia at Mount Smart Stadium.”

Melbourne prop Nelson Asofa-Solomona and Sydney Roosters front rower Zane Tetevano were both ruled out of contention for the tour this morning following injuries they picked up in the grand final.

“We named 23 players at this stage and will add our final play after further discussions,” said Maguire.

As well as releasing all three New Zealand teams today for the October 13 Trans-Tasman Showdown, ISC was announced as the NZRL’s new apparel partner.

“We’re really excited to have such a reputable and high-quality apparel company such as ISC on board with the New Zealand Rugby League,” said NZRL CEO Greg Peters.

“Bringing more international content to the New Zealand market is a high priority for us and it’s important that our players and loyal fans are outfitted in a brand that is renowned for producing quality rugby league gear.”

ISC welcomed the opportunity to join forces with the NZRL in the countdown to the Trans-Tasman Showdown.

“It is a great honour and privilege to be the official apparel partner of the New Zealand Rugby League, a brand that lives by the values of integrity, respect, leadership, courage, passion,” said ISC’s Brett Corrick.

“We look forward to seeing both the players and their passionate fans wearing the ISC gear with pride and going on their sporting journey together.”

The New Zealand Kiwis assemble in Auckland this weekend to prepare for the Bill Kelly Cup international. It’s the Kiwis’ first Test against the Kangaroos on New Zealand soil since winning the 2014 Four Nations final in Wellington and the first time since 2012 that the countries have met in Auckland. The last time New Zealand and Australia met at Mount Smart Stadium was in the 2006 Tri Nations.