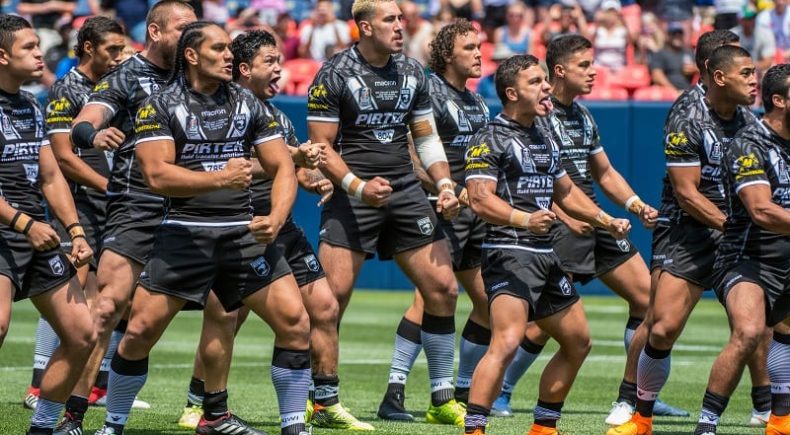 Today, both rookie and veteran New Zealand rugby league stars get recognition for their performances in the 2018 season with the announcement of the Kiwis and Junior Kiwis wider squads.

Kiwis Head Coach Michael Maguire and Junior Kiwis Head Coach Ezra Howe have collaborated in consultation with the Kiwis selection panel consisting of Mark Horo, Hugh McGahon and Tawera Nikau, to name the best New Zealand eligible players in the running to play in the Trans-Tasman Showdown next month.

On Saturday, 13 October the Kiwis, Kiwi Ferns and Junior Kiwis will come up against their Australian counterparts in a battle that will have the winner lift the Trans-Tasman Cup at Mt Smart Stadium, Auckland.

This triple-header marks the first time since 2014 that players from all three representative teams will get the opportunity to run out in front of a home crowd filled with family, friends and fans. For players such as Adam Blair, pulling on the black and white jumper compares to nothing else.

“I’d represent my country any day of the week. We love playing games here at home in front of our family and friends. To see the fans turn out and sing the national anthem alongside us is something special,” says Blair.

Ahead of Maguire’s second outing at the helm of the Kiwis, his first in New Zealand, he looks forward to working with the players who can’t wait to get into Kiwis camp. The Test earlier in the year against England provided him with insights into many of the players in the wider squad and he says he’s “looking forward to the re-introduction of senior players such as Shaun Johnson, Roger Tuivasa-Sheck and Tohu Harris who will inject years of experience and leadership back into the squad.”

Isaiah Papali’i also finds himself in both the Kiwis and Junior Kiwis wider squads at the age of 19. His announcement in both wider squads will be the cherry on top following last night’s awards where he also picked up Warriors Rookie Player of the Year.

Joining Papali’i in the Junior Kiwis wider squad, also 19-years-old is Manase Fainu who has been impressive as starting hooker for the Manly Sea Eagles in his first year in first grade.

The Kiwis, Junior Kiwis and Kiwi Ferns (announced earlier in May following the National Women’s Tournament – view here) wider squads will be narrowed down next month ahead of the Test matches on 13 October.

Tickets are on sale now from Ticketek.