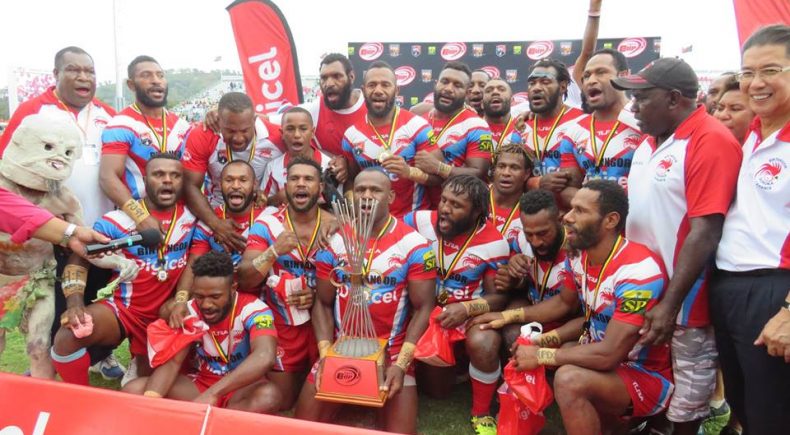 The Goroka Lahanis have won their first Papua New Guinea National Rugby League title since 2011 after defeating the Enga Mioks 10 – 6 in a tightly contested Digicel Cup Grand Final at the National Football Stadium in Port Moresby.

The Mioks, who finished the season as Minor Premiers, went into Sunday’s Grand Final as favourites over a Lahanis side which only just scraped into the top five Finals Series, however as per previous weeks, the Goroka based Lahanis defence held strong for the opening quarter.

Finally the Mioks crossed in the 30th minute through Paul Wawa to give Enga a 6 – 0 lead before Brendon Nima crossed for the Lahanis just before halftime to make the score 6 – 4 at the change of ends.

Mark Tony would score the only try of the second half to hand the Eastern Highlands based Lahanis a 10 – 6 win in front of a capacity crowd.