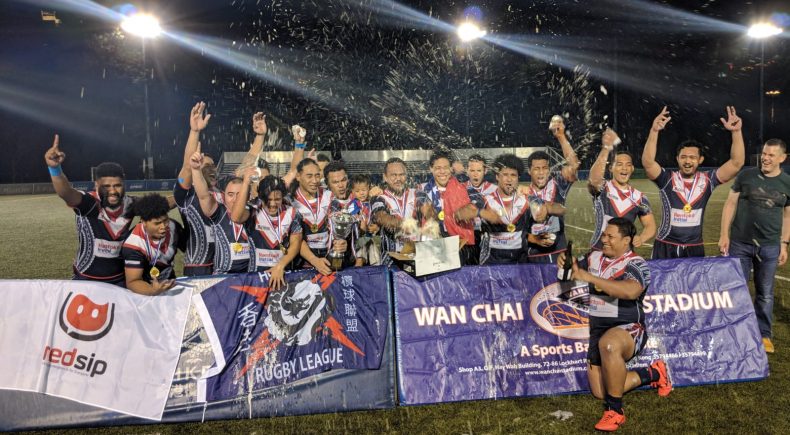 Pacific Toa have been crowned the Hong Kong Super League Champions 2018, after topping off their unbeaten season with a convincing 44 – 24 win over Oreana Storm in Saturday night’s Grand Final at King’s Park in Kowloon.

After both teams struggled to complete sets in the early stages of the game, Toa found momentum late in the first quarter with tries through fullback Osmond Atonio and a double to lock Ron Tavodi before centre Frank Solomona was sin-binned in the 30th minute for a swinging arm.

Despite being down a player for the remainder of the first half, Hong Kong Thunder representative, and Toa captain, Hogan Toomalati found his way over the line for the Pacific side to setup a 22 – 0 lead at halftime.

The Storm hit back early in the second half to keep their Premiership hopes alive, with quick tries to forwards Matt Jones and Josh Meninga to bring the Oreana sponsored team within 10 points before the Pacific Toa crossed through Frank Solomona and Earvin Vaafuti to race out to a 32 – 12 lead.

Richard Lindsay would cross for the Storm to make it 32 – 18 before Solomona collected his second and interchange player, Evi Seumanutafa, his first, to make it 44 – 18.

A third and final try to Richard Lindsay added some further creditability to the Storm’s scoreline in what was a bruising Hong Kong Super League Grand Final.