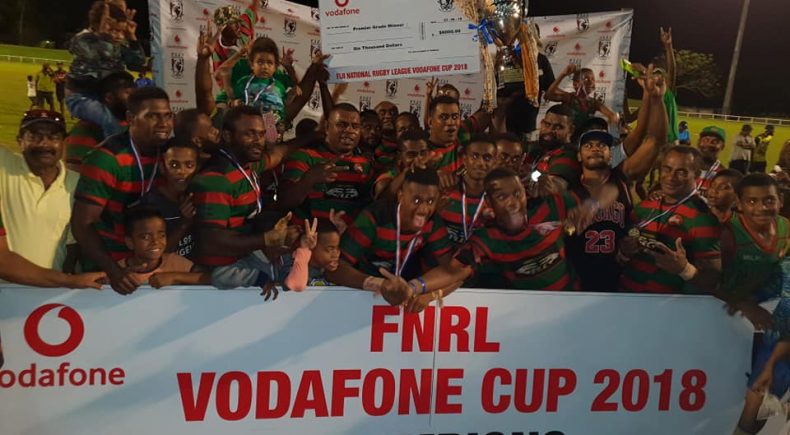 The Ravoravo Rabbitohs are the 2018 Fiji National Rugby League Vodafone Cup champions after defeating the Fiji Police Sharks 16 – 14 in a thrilling Grand Final Day at Lawaqa Park in Sigatoka.

The Rabbitohs, who were runners up to the Sabeto Roosters in the 2017 Vodafone Cup Final, kicked the winning penalty goal in the final minutes of the match after being locked up at 14-all for the majority of the second half.

In the other matches played, the Sabeto Roosters defeated the Nadera Panthers 9 – 6 in the Reserve Grade final, whilst the newly formed West Fiji Dolphins won their first piece of silverware, winning the Under 18’s title 16 – 4 against the West Storms.