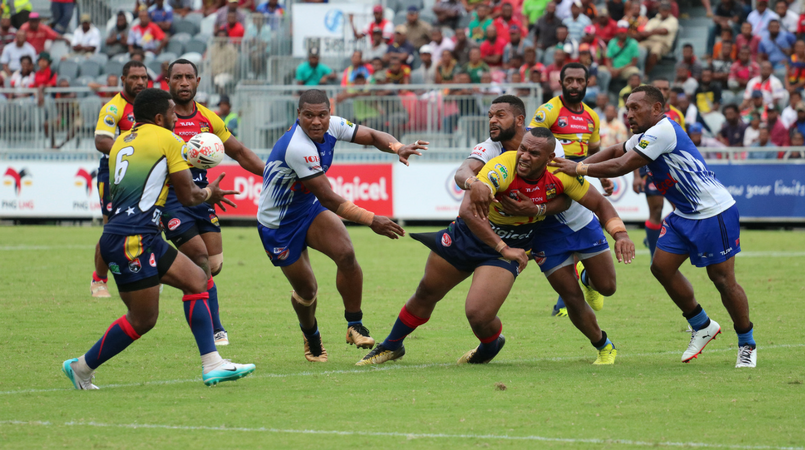 The Hela Wigmen have held off a fast finishing Gulf Isous to secure a 20 – 8 win in Port Moresby on Sunday.

Halfback, Stanley Olo, was a key player in the Wigmen performance, scoring eight points in the match with a try and two conversions. Kicking off the game at Sir John Guise Stadium, the Wigmen, through Daniel Tapol and Olo, ran out to a 10 – 2 lead at half time, before the Gulf team clawed back to trail by two points following a try to Robert Mase

Despite the shift in momentum, Olo turned it back into Hela’s favour when he sent Benjamin Hetra over the line, before helping Daniel Tapol score his second.

In other matches, the Lae Tigers succumed to another defeat, whilst the Enga Mioks recorded a tight twi point victory over the Murks.