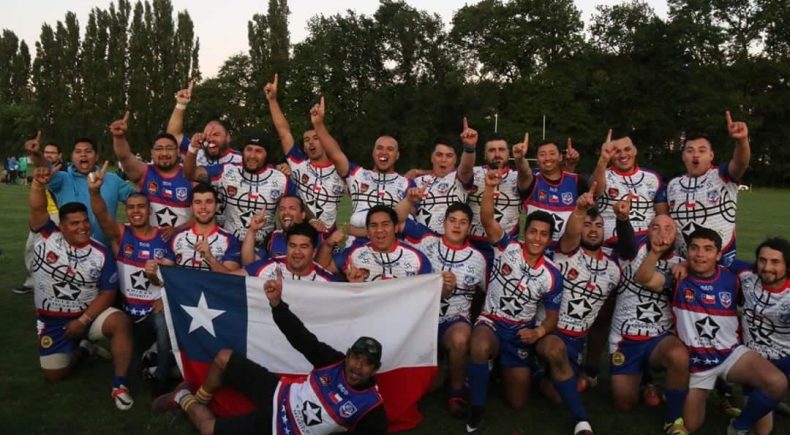 Chile will become the first ever nation from South or Central America to contest a Rugby League World Cup qualifier.

With news that Federacion de Rugby Futbol League 13 Chile has become an affiliate member of the Asia Pacific Rugby League Confederation (APRLC), they have now been cleared to compete in qualifiers for the 2021 tournament.

“We are delighted to continue growing our membership to cover all regions such as Asia, South America, Africa and the Pacific, we welcome Chile into the Asia Pacific Rugby League Confederation. ”

Chilean director Rodrigo Millar Pavez was head coach when the nation of 18 million defeated rivals Argentina at last year’s inaugural Latin American Rugby League Championships and was pivotal in their application for affiliation.

“The excitement and momentum this will create in not only Chile, but for the sport in the whole Latin American region, is spine-tingling to be honest,” Mr Millar Pavez said.

“To get to this point has taken a lot of co-operation between nations from the region and I’d like to thank the nations of Argentina, Colombia, Brasil, El Salvador and Mexico in particular for sharing their knowledge, and providing competition and friendship.

“In addition, I am aware that nations like Uruguay, Ecuador, Costa Rica and others are firming their domestic foothold.

“I’d also like to thank those from the Rugby League International Federation (RLIF) for their understanding, guidance and patience in this unprecedented application process.

“We know there is a lot of work in front of us, but we are incredibly proud to be pioneers for the sport in Latin America.”

“Chile’s domestic efforts are largely grounded in the work done by president Guillermo Artiaga and vice-president Ronald Soto Badilla. From nothing, they have created competitions centred around the southern city of Los Angeles and the northern city of Antofagasta, and are set to embark on a third successive domestic season.”

Chile has played four international 13-a-side matches sanctioned by the RLIF to date, including wins against El Salvador, Brasil and Argentina, and a draw with Thailand, as well as an unofficial match against Poland.