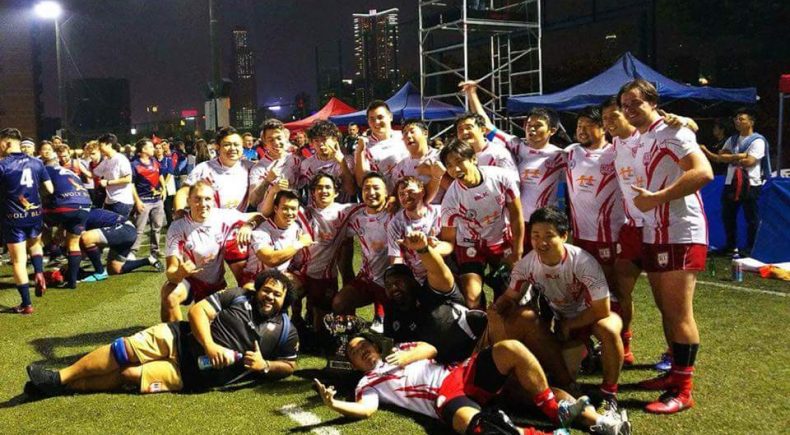 The 2018 Emerging Nations World Championship is set to feature at least two previous tournament participants following the news that the Japanese Samurais will take part in next year’s event.

Japan and Canada were both participants in the 2000 Emerging Nations World Championship in the United Kingdom, which also featured the United States, Italy, Morocco and a British Amateur Rugby League Association (BARLA) Great Britain team.

In that particular tournament, neither Japan nor Canada registered any respective wins, with the Samurais losing to Morocco 12 – 8 and then BARLA 60 – 2; whilst the then Canadian Cougars went down to the USA 52 – 10 and Italy 66 – 6.

Eighteen years on and both nations are well placed to significantly improve on those previous results.

The confirmation of Japan as the 12th participant at the Emerging Nations World Championship sees the total number of Asian teams at the tournament grow to four, with the Philippines Tamaraws, Hong Kong Thunder and Thailand all previously announced.

The Japanese Samurais have a decorated Rugby League history, with the team first taking part in the old World Sevens in the mid-90s.

Japan’s first full Rugby League International was against the Lebanon Cedars in 1998 in Tokyo, with the team going down 52 – 28, whilst their first win was in Florida against the Canadian Cougars in 1999, winning 14 – 0.

The Japanese Rugby League currently has two small regional competitions based around Tokyo and Kansai.

The Samurais most recent International result was a 24 – 22 win over the Hong Kong Thunder in Hong Kong earlier this year and are currently ranked 41st in the RLIF World Rankings.

The Emerging Nations World Championship is set to run in October and November 2018 in Western Sydney and feature up to 16 national representative teams.