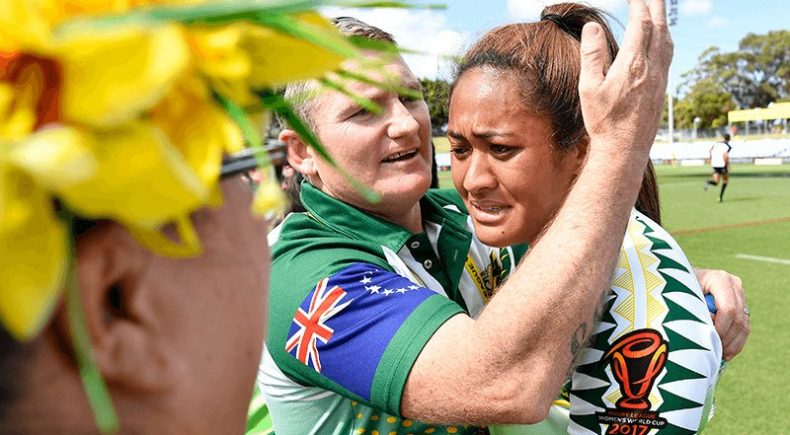 The Cook Islands have stunned England in Wednesday’s Women’s World Cup clash at Southern Cross Group Stadium, winning 22-16 with a try in the final seconds.

The underdogs burst out to a 16-0 half-time lead with tries to Beniamina Koiatu, Katelyn Arona and Cecelia Strickland, before England charged back into the contests with tries of their own to Emma Slowe and Amy Hardcastle.

The English levelled the scores at last when Kayleigh Bulman stayed just inside the field of play to score in the left corner, but when Claire Garner’s sideline conversion went wide a draw looked on the cards.