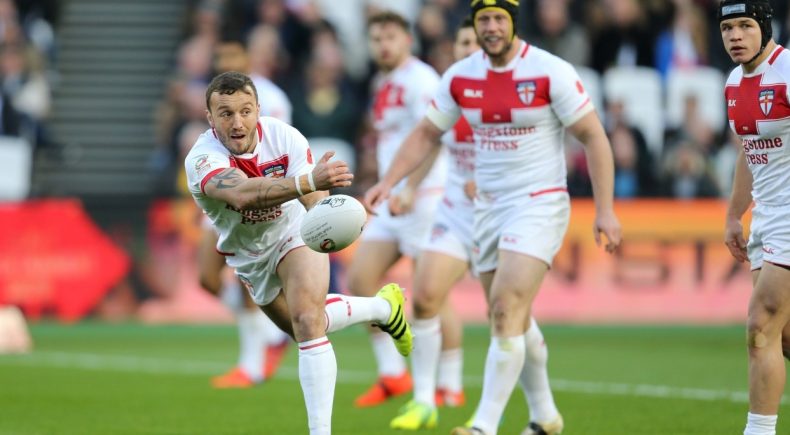 Wayne Bennett will have his full squad available to him for England’s only game ahead of the Rugby League World Cup against Affiliated States on Friday, October 20 at nib Stadium.

The game, which will kick off in Perth at 18:45 local time (11.45am BST), will be streamed live worldwide on rugby-league.com to all members of ‘Our League’, a free membership scheme for fans of the sport. The game will also be streamed live via the new Our League app.

The England squad have been based in Perth, before travelling to Melbourne for the opening fixture of the 2017 World Cup against current World Champions Australia and will use this game to give most of the 24-man squad some game time.

The game against the Affiliated States will be split into four quarters of 20 minutes and unlimited interchanges will be allowed giving each team the opportunity to field all squad members. Those members watching the live stream on rugby-league.com or via the Our League membership App will hear directly from England Team Manager, Jamie Peacock, who will be summarising the game alongside an Australian commentary team featuring journalist Steve Mascord.

England head coach, Wayne Bennett, said: “We’ve had a great week in Perth preparing for the World Cup. This game is a perfect opportunity to go through everything we have been working on this week.

“Excitement has been building each day in camp and relationships are getting stronger. This squad knows what’s ahead of them and they’re working hard.

“A number of players haven’t played for a few weeks so I’ll be looking to get some bodies out there and give them some much needed game time.

“Half of our opposition’s squad are from the state of Western Australia who have been very successful in the Affiliated States Championship for many years so we’re expecting a competitive match at nib Stadium.”

The starting line up will be revealed exclusively to members of Our League two hours prior to kick off on Friday. To sign up for free to become a member of Our League please visit rugby-league.com/membership