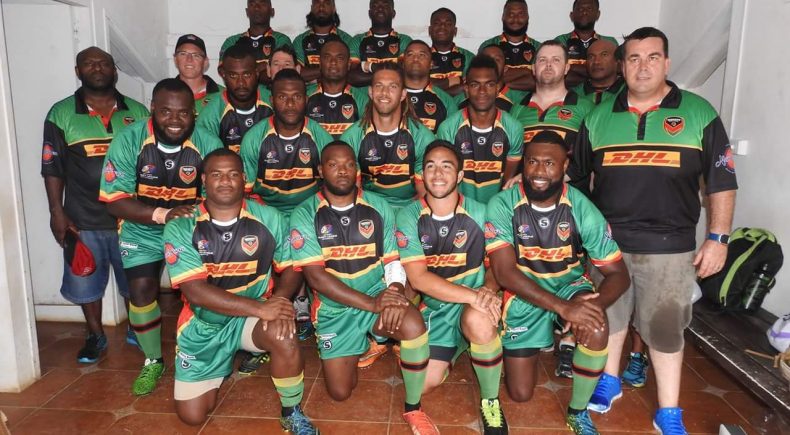 The Pacific Advisory Vanuatu Rugby League (VRL) has announced its squad for the upcoming historic Test Match vs the Solomon Islands in Honiara, Solomon Islands on Saturday 21st October 2017. The match will be the third fixture between the Melanesian neighbours with Vanuatu winning the previous two encounters in Mackay, Australia in 2013 and Port Vila, Vanuatu in 2016. It will be the first Test Match to be staged in Solomon Islands.

When announcing the team, VRL President Tom Carlo added “I’m very pleased to announce the 24 man training squad of which 20 players will tour the Solomon Islands. This squad highlights the investment we have made into the game in Vanuatu where 21 of the players were either born and or raised in Vanuatu, 22 have come through our domestic competition in Vanuatu and 21 players currently play in our domestic competition in either Port Vila or Santo.”

The touring team (in alphabetical order) is:

Additional players (in alphabetical order) in squad are:

The squad will again be captained by James Wood whose brother Daniel is one of the debutants in the squad along with Maxwell Garae, Anro Kalpukai, Oscar Kalpukai, Alickson Napakaurana and Ian Vuti. The squad features 12 players that took on Solomon Islands in 2016 while former captain Samuela Loaloadravu returns after missing last years game through injury and Rob Franklin returns for the first time since 2013 after recovering from a knee reconstruction.

VRL Coach Lionel Harbin added “It was an extremely difficult task to select the team as the quality in the domestic competitions grows year on year. We’ve got some very talented players that have unfortunately missed out this time around but is testament to the work being done in both Santo and Port Vila through our domestic competitions and high quality rugby league played in the annual Island of Origin between Santo Boars and Port Vila Fire Ants.”

The Vanuatu based squad players began training in Port Vila under Head Coach Lionel Harbin on 11th October before they head to the Solomon Islands on 18th October.