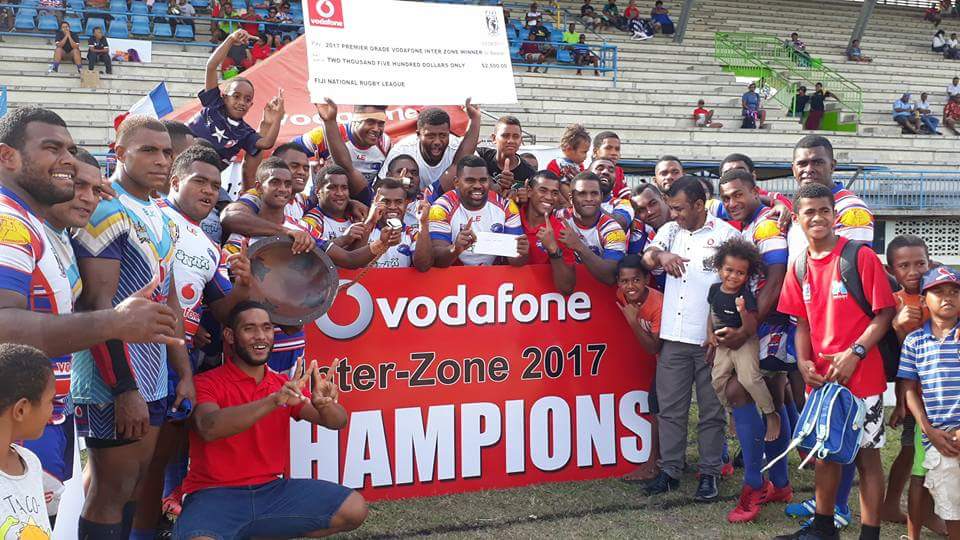 A double for Aviators fullback, Kolinio Radrovi, has seen the Nadi based club secure a 20 – 18 win over the Nasinu Titans and secure back-to-back Fiji Inter-Zone Championship titles.

Taking place at Lawaqa Park in Sigatoka, the Aviators opened the scoring in just the third minute when Kavekini Varo converted a penalty goal.

Kolinio Radrovi would collect his first try for the day just eight minutes later to give the defending Premiers a 6 – 0 lead before Josateki Senivonokula would cross for Nasinu’s first, leveling the scores at halftime thanks to a successful conversion from Josefa Qionimacawa.

Jim Navotokula would edge the Aviators ahead with another penalty goal in the 46th minute, before tries to Rusiate Saukuru and Radrovi would see Nadi race out to an 18 – 6 lead after just 62 minutes.

Nasinu never gave up, hitting back through tries to Asaeli Saravaki and Luke Nadurutalo to level the scores before a penalty in the final 10 minutes of the game allowed the Aviators to kick the winning goal.

In the Under 20s final, also between Nadi and Nasinu, the Aviators ran out 24 – 6 winners.