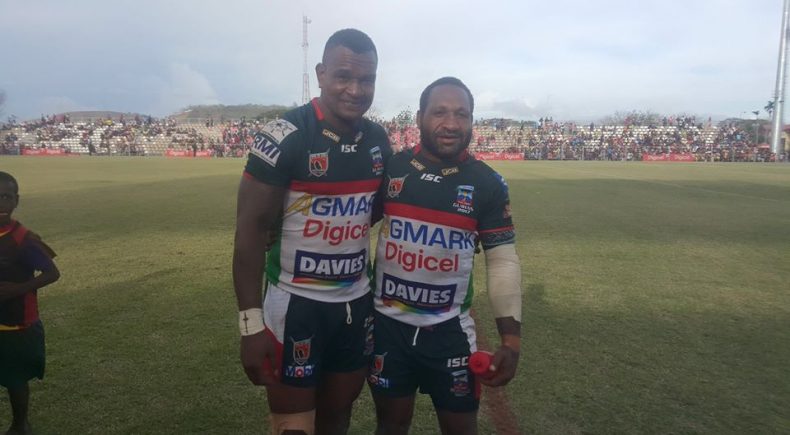 The Agmark Gurias are through to the 2017 Digicel Cup Grand Final after defeating the Hela Wigmen 16 – 12 in front of a packed PNG Football Stadium in Port Moresby.

After falling short against the Lae Tigers last week, the second place Gurias had to face the Hela Wigmen in an elimination Preliminary Final for the chance for the Agmark based club to qualify for their fourth consecutive Grand Final.

The Gurias scored first in today’s match, with Stanley Olo, crossing after charging down at Wigmen kick in the 13th minute.

Olo crossed for his second just before halftime, withe Missan’s conversion giving Agmark a 12 – 6 lead heading into the sheds.

Hela hit back early in the second half, with winger Missach Welen scoring in the 54th minute. Kenake’s conversion made it 12-all in the tightly fought Final.

The Gurias would score the match winner in the 63rd minute when a John Mondo chip kick landed into the hands of Lucas Kapinias who would run away and score.

The Gurias will play the Lae Tigers in the Digicel Cup Grand Final on September 9 at the PNG Football Stadium.