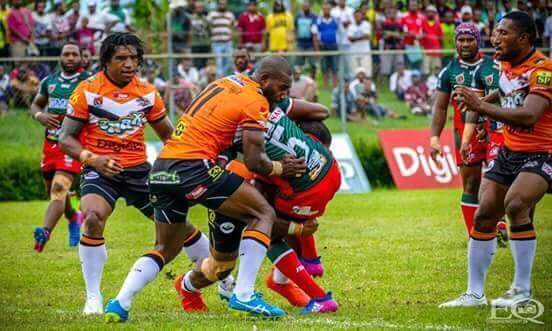 The PNG Football Stadium in Port Moresby is set to host both Week One Finals matches in the 2017 Digicel Papua New Guinea National Rugby League competition this Sunday.

Following a highly competitive regular season, which saw the Enga Mioks miss out on Finals football based upon the Mendi Muruks and Hela Wigmen having superior point differentials, at least one spot in this year’s Grand Final will be decided in Sunday’s Double Header.

Kicking off at 1pm, minor premiers and defending champions, the Lae Tigers, will face the Agmark Gurias in the major Semi Final, before the Mendi Muruks and Hela Wigmen face off in the elimination Semi Final at 3pm.

The winner of the Tigers v Gurias clash will progress straight to the 2017 Digicel Cup Grand Final, whilst the runners up will face the winner of the Muruks v Wigmen clash.