Pacific Islands too strong for Wales 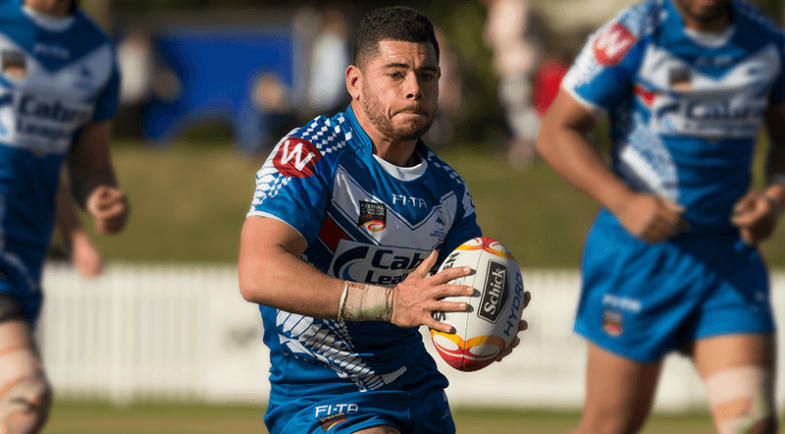 Pacific Islands have earned themselves a spot in the finals after a commanding 40-6 victory over a gutsy Wales outfit at New Era Stadium on Wednesday evening.

Despite Wales strong defensive efforts in the opening exchanges and trailing by just 10 points at halftime, Pacific Islands put in a clinical second half display that saw them play some brilliant attacking football.
Wales were struggling to get out of their end-zone as the defensive pressure from Pacific Islands forced a host of errors, but were unable to take advantage with some mistakes of their own.

Despite the shaky start, Wales found some momentum with a penalty late in the tackle count, and they took full advantage of their chance as Dan Crabtree barged his way over for the first try of the contest.

Trailing on the scoreboad, Pacific Islands continued to find themselves threatening with some attacking raids on the opposition goal line, but despite their attempts to cross the line the committed Wales defence couldn’t be broken.

A strong short kicking game from the Pacific Island halves saw an array of repeats sets building significant pressure, and they finally found their breakthrough as Nathan Leatfiaga muscled his way over from dummy half.

Pacific Islands were brimming with confidence with a break off the kick-off putting them straight back onto the attack, and q pick shift from left to right saw Maru Fatu Sini score their second successive try.

A strip penalty off the ensuing set of six saw Pacific Islands march up the field once again, and an attacking raid down the short side landed in the arms of winger Joseph Tuimavave who finished strongly to cross for their third unanswered try.

Jett Karam was unable to convert from the sideline, with Pacific Islands taking a 16-6 at half time.

Remarkably re-gathering the ball from the kick-off, Pacific Islands were quick to extend their lead as Ropo Vai cleverly dug his way over the line to plant the ball down for their fourth try of the evening.

Karam looked to have scored his second try just moments later as he chased down a pin=point grubber, but the referee ruled that he had knock on in the process.

With Wales starved of possession, Pacific Islands continued to capitalise on their chances as crafty halfback Jesse Domic slicing through a gaping hole before evading the fullback to score a well-deserved try.

Karam converted from the sideline to extend the lead to 20 points with just over half an hour remaining.

Kolia Liko was having a barnstorming performance with another break down the right-hand touchline before sending it wide just moments later which saw Tuimavave score his second try of the contest.

Fatu Sini continued their hot streak of tries as he stepped his away through to score his second in the 60th minute, before completing his hat-trick tries as he was on the receiving end of a brilliant inside pass from his winger Kdah Karipa.

Wales were valiant in the closing stages with a consolation try to Sam Owen, but it was to no avail as Pacific Islands recorded a thumping 40-12 victory. 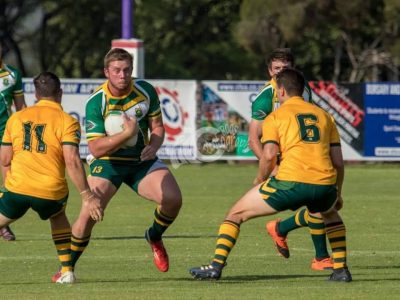