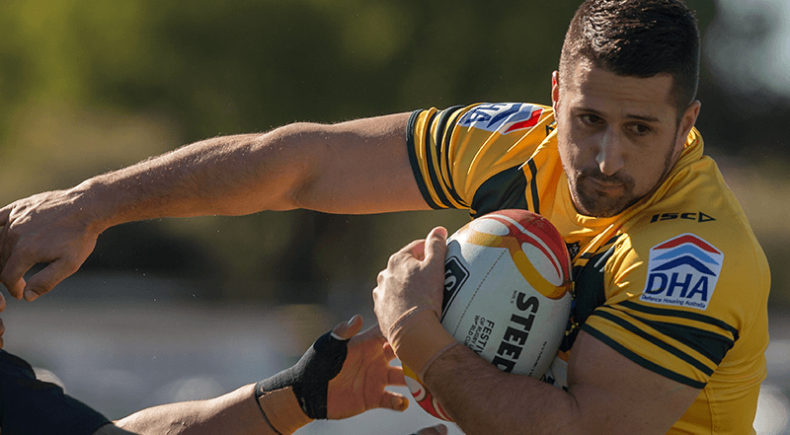 The Australian Defence Force Rugby League Team were made to work hard to defeat a gallant Fijian Defence Force outfit 38-24 in their final World Cup qualifying game at the Windsor Sports Complex in western Sydney on Wednesday.

After opening up a 28-6 lead shortly after half time, the defending Defence Force World Cup champions had to hold off a Fijian comeback in the second half to complete the qualifying matches of the tournament unbeaten.
The Fijians got off to a perfect start after a tight, scoreless opening 10 minutes when a towering bomb by five eighth Ropate Tobe was allowed to bounce by Australian fullback Barry Ruttley – giving Fijian second rower Rusiate Ereloa the easiest of pickups to score the opening try under the posts. Tobe converted to give Fiji an early 6-nil lead.

The Australians – on the back of a favourable 7-2 first half penalty count from referee James Vella – then warmed to their task.

In the 20th minute, a deft Andrew Martin kick found Ruttley down the right side for the first Australian try. Ruttley added the extras to level the scores at 6-all.

Seven minutes later, Australian half Mitch Knowles darted through two defenders from close range to reach out and score his fifth try of the tournament. Ruttley converted for a 12-6 Australian lead.

With a mountain of possession at the back end of the first half, the Australians started to make inroads into the Fijian defence. Ten minutes from half time, a superb Ruttley short pass sent Blake Hill away down the blindside for a well worked try. Ruttley added the extras for an 18-6 Australian lead.

The Australians were taking full advantage of Fijian ill-discipline by this stage and with seven minutes left in the first half, another great offload from Will Solway in traffic sent centre Chris O‘Shannessy away for Australia’s fourth try and a 22-6 lead.

Another Australian penalty after Fijian prop Sanaila Vala for a late tackle in back play on a touch judge’s report in the shadows of half time – which Ruttley converted to give Australia a comfortable 24-6 half time lead.

When Fijian interchange forward Jone Saukuru dropped the ball on the first tackle of the second half, Australia capitialised on the turnover when Knowles dived over two tackles later for a 28-6 Australian lead in what was shaping up to be a comfortable win.

Then the Fijians held on to the football, regained their discipline and started their comeback.

Centre Eremasi Vesikalou finished a left side shift for a try out wide to start the revival 14 minutes into the second half at 28-10.

A repeat set on the back of a Tobe chip saw interchange hooker Iveri Lemoci burrow over from dummy half to reduce the Australian lead to 28-16 with Saukuru’s conversion with plenty of time left.

The Fijian comeback was right on in the 57th minute after O’Shannessy gave away a penalty for kicking the ball away after an Australian knock on. From the ensuing set, a long break by Fijian skipper Jiosevata Mocevakaca was backed up by Tobe who in turn passed to Mocevakaca in goal for the try to reduce the Australian lead to 28-20.

The turning point came five minutes later when Fijian centre Tevita Kunawane and fullback Lepani Tacikalou got horribly tangled up trying to field an Australian clearing kick – allowing Martin to toe ahead the loose ball before picking it up to score the try. Ruttley converted to allow the relieved Australians to lead 34-20.

Knowles completed his second hat trick of the tournament shortly afterwards to give the Australians an extra buffer at 38-20, before the Fijians had the last word with three minutes to play when winger Richard Tyron Fiu finished off good lead up work from Joseva Senivonokula to score the last try of the match in the corner to close out the 38-24 scoreline.

Australia and Fiji will square off again in the 2017 Defence Forces Rugby League World Cup Final at Penrith’s Pepper Stadium on Sunday at 2pm AEST. 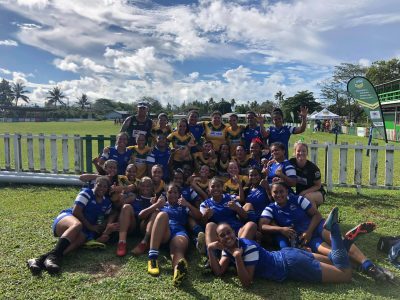 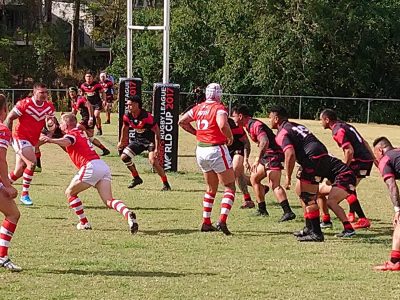