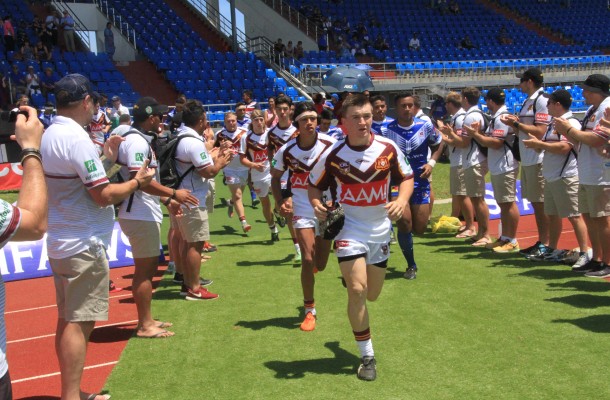 The brightest up and coming talent in Regional NSW will come together today as the NSW Country under-16 and 18 sides assemble for their tour of New Zealand’s South Island.

The players, selected from the 2017 under-16/18 Country Championships, will be looking to uphold a proud tradition of strong Country performances over the past few seasons; with Country sides winning seven of their past eight matches against opponents including Western Australia, Auckland Rugby League and the Samoan Residents.

Country U18’s Coach Aaron Watts admitted he was excited to take charge of what he believes is a very talented squad.

“There were some exceptional performances throughout the Country Championships and we have a good spread of players from across Regional New South Wales in both sides.

“It’s a great opportunity for these players to not only represent Country and play a higher level of representative football, but for many of them it’s their first time outside of New South Wales so it’s a wonderful experience for those involved.”

Being selected for the Country U18’s has proven to be quite fruitful for young players over the past two seasons, with 50% of players signed by NRL clubs and playing SG Ball or under-20’s the following season.

Country U16’s Coach Gary Jones believes the opportunity to represent Country whilst touring overseas is an invaluable experience for the development of those selected.

“I was fortunate enough to be involved with the Country U16’s when they toured Samoa last year and it was great to see how the young men responded to the challenge of playing and touring in a foreign environment,” said Jones.

“It’s a great opportunity for players to get outside the comfort zone of their hometowns, meet new people and develop their skills both on and off the field.

“I’m really looking to working with these young guys and moulding them into a team that Country Rugby League can be proud of, as well as taking on the challenge of playing New Zealand based sides in their own backyard.”

The Country under-16 and 18’s will play two matches each whilst on tour, taking on West Coast Rugby League on Tuesday, 4th July and Canterbury Rugby League on Saturday, 8th July