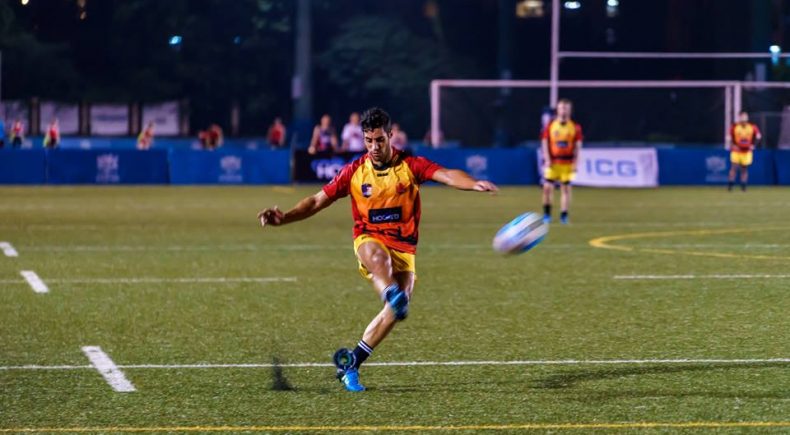 HKRL are delighted to announce that the Kowloon Tigers will be joining the inaugural HKRL ICG Super League which begins on May 27th.

Sponsored by Carnegies Bar in Wanchai and based in the Kowloon region of Hong Kong, the Tigers have recruited very strongly for the first ever 13-a-side Rugby League competition in Hong Kong.

They will be captained by last year’s Side of Origin winning captain and HK Residents star Lee Griffiths, who has experience playing A-Grade football for the Berowra Wallabies in Sydney. He will be ably backed up fellow Origin teammates Josh Meninga and Sam Purvis in the backs and lock Ryan Campbell who excelled for the HK Residents side against Thailand.

“We’re delighted to take part in Hong Kong’s first Super league and very happy to have Carnegies support Kowloon’s first ever 13-a-side rugby league team. We’ve recruited well in the build up and hopefully we’ll be able to translate that onto the pitch come match day,” captain Griffiths said.

“It’s a very exciting time to be part of HK rugby league with the Emerging Nations World Cup around the corner and everyone here at Kowloon cannot wait to get started.”

The Kowloon Tigers will join the Wanchai Warriors in the four team comp which kicks off May 27th, with the final two teams to be announced in the coming days.