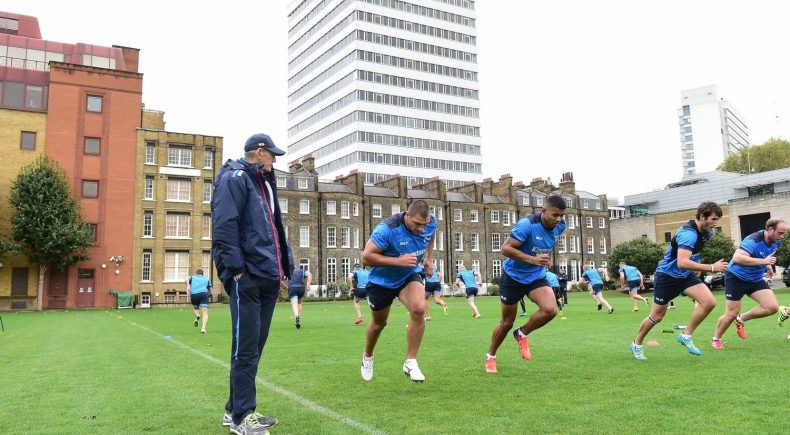 As part of England’s preparations ahead of this year’s World Cup in Australia and New Zealand, head coach Wayne Bennett has selected a 31-man Elite Performance Squad (EPS) to regularly meet throughout the season.

Six training sessions run by England Assistant Coaches Paul Anderson and Paul Sculthorpe alongside Head of Human Performance Richard Hunwicks have been arranged for the EPS with the first one taking place on Monday, February 27.

Bennett will meet with the squad and Betfred Super League coaches mid-February to outline England’s World Cup plans and to review their 2016 Four Nations campaign.

Three sessions in the first phase for the EPS will build up to a mid-season Test against Samoa on Saturday, May 6 in Sydney (venue TBC) – a squad for this game will be announced in April.

Following the Samoa Test, Bennett and England coaching staff will review performances of the EPS and other England-based qualified players to select a training squad in late May / early June for the second phase of the programme when the remaining three sessions start again on Monday, June 26.
On the national squad’s plans, head coach Wayne Bennett said: “What we have put in place for the players is a programme that will enable them to spend required time together in an international environment.

“Our selection includes a mixture of the England-based players from last year’s squad, returning names who have previously been in the programme and some new faces who have been performing in Super League.

“There’s a lot of talented and committed individuals in this group who are well aware that success in a World Cup tournament doesn’t come easy. Preparation is key and we need everyone to be fully focused throughout the year.”

* Indicates not requested for sessions until fit