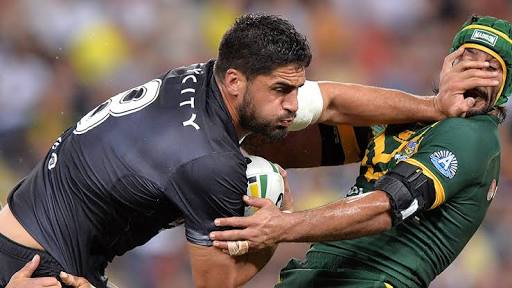 Kiwi Ferns Captain Sarina Fiso is no stranger to the Women’s Player of the Year accolade winning for the third time at the NZRL Awards held at Mt Smart Stadium tonight.

Seven years on from her first crowning, the super-mum of two shows no signs of taking her foot off the throttle.

Hailed for her performances both on and off the field, Fiso is credited with bringing young women of the game flocking to Manurewa to learn from the best.

In 2016, she was captain of the winning Ferns Nines side and Kiwi Ferns in the May test. She also captained her Manurewa side in the Auckland Club competition.

Kiwis captain Jesse Bromwich and Canberra Raiders player Jordan Rapana joined Fiso in being recognised for their stand-out performances during the 2016 year.

Bromwich accepted the top award for the second consecutive year but says the greatest honour goes to his family.
“Being the captain for my country, for my family and I, is massive and something I only dreamed of doing,” he says.

Kiwis Coach David Kidwell says his two-year award winning streak is a testament to his fine form in 2016.

“I’ve been lucky in coaching Jesse 2011-2013 – he leads with his actions on the field and the fact that he has won the award again really speaks volumes of how much he has taken his game to another level,” he says.

Although Rapana was unable to attend he was quick to send a message thanking those who supported his journey.

“I’m over the moon and honoured to be nominated alongside Joseph Tapine and Solomone Kata,”

“I’ve got to thank the coaching staff and selectors for supporting me and of course the boys who have made my job a lot easier,” he says.

Rapana has been dubbed as one of the most destructive wingers of the 2016 NRL season and Kidwell says that made him a strong contender.

Orbit Grassroots Club of the year: He Tauaa (Southern)