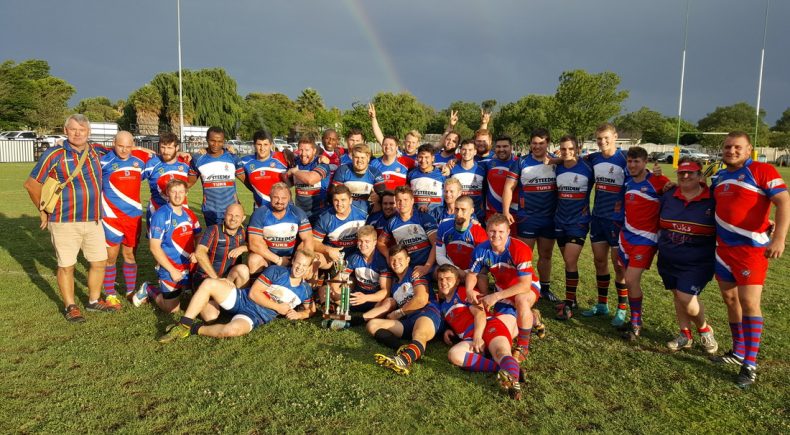 Taking on Ermelo Tomahawks in the final, the Tuks ran out 48 – 22 winners in Pretoria.

Man of the Match, Ruaan Du Preez, was one of six try scorers for the Tuks, collecting a double as the University of Pretoria side scored 8 tries to 4.