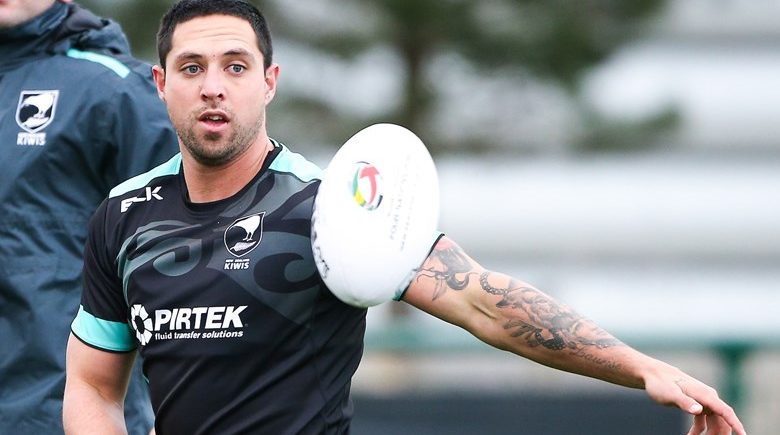 The NZ Kiwis have made two changes to the side to face Australia in their second outing of the Four Nations tournament at Coventry.

Both Kiwi #747 Jason Nightingale (ankle) and Kiwi #755 Jared Waerea-Hargreaves (knee) have been ruled out, with injuries sustained in the opening 17-16 win over England.

Replacing them are premiership-winning Cronulla Shark Gerard Beale (Kiwi #767) on the wing and Canterbury Bulldog veteran Greg Eastwood (Kiwi #737) on the bench, with Kiwi #732 Adam Blair promoted to the starting lineup.

“We are fortunate to have quality reinforcements who understand what international football is all about.”

Kidwell, who has been a strong advocate for the importance of team culture, has been impressed with the injured pair’s attitude.

“They are both terrific players and they are wonderful people. They have been terrific examples of what ‘Te Iwi Kiwi’ is all about.

“Both Bealy [Beale] and Beasty [Eastwood] have been pushing hard for spots all tour, as well as the young guys in the team. As a coach, it’s fantastic to know that everyone is working hard.

“I have complete confidence in all the players in our squad. That’s why they were picked.”

The team is based in Birmingham in preparation for the test against Australia at Ricoh Arena, Coventry 8pm on Saturday October 5 (UK)/9am, Sunday (NZ).

The encounter will be shown LIVE on SKY Sport 2 in New Zealand.