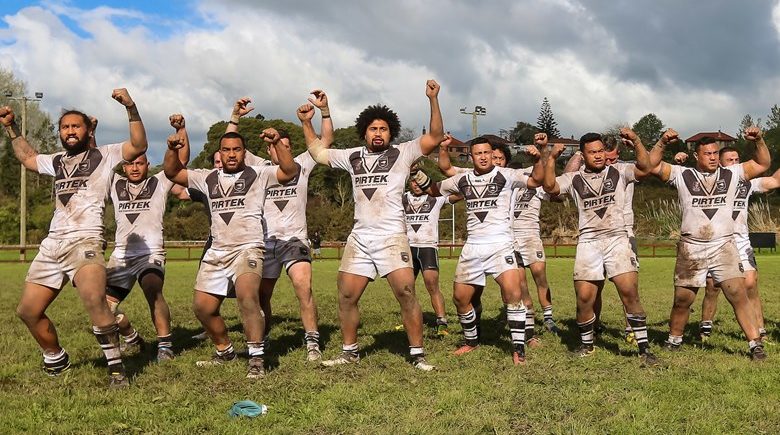 Two tries in quick succession to centre Paulos Latu put NZ Residents on track for a 30-10 win over the NZ Maori XIII at Huntly’s Davies Park.

Ahead just 16-10 midway through the second half, the Residents side were far from comfortable in an encounter played on the heavy field, and in cold, windy and wet conditions.

The Maori had just struck through a cleverly taken try from Tomas Aoke, after centre Piki Rogers had claimed a high attacking bomb and grubbered into the goal area for his winger to force down.

But Latu was next to strike, when he accepted a sneaky offload from Alan Niulevu, who appeared well covered by the defence.

Moments later, his second touchdown took the margin out to 14 points and when Nathan Saumalu finished off a strong surge by centre Matt Sauni down the left, Raymond Talimalie’s side-line conversion provided the icing on the cake.

The NZ Residents, drawn from the NZRL National Premiership & Championship competitions, never trailled, although they had to weather an initial 20 minutes of passion and pressure from the fired up Maori.
Tries from second row Taylor Daniels and fullback Siua Otunuku had them up 10-0 late in the opening stanza, but Maori hooker Kurt Kara struck right on half-time to keep the contest honest.

When the Maori dropped the second-half kick-off, super sub Tavita Satae took full advantage, lunging twice for the line and crossing it on the second occasion.

“I thought the boys played really well,” said Residents captain Roman Hifo. “Coming into camp this week, it was all about gelling and trying to be on the same page.

“It was the only opportunity for the boys to put on the Kiwis jersey, unless they play NRL. It meant a lot for them to represent their families and their country, and I think that made the difference.

“We knew we were coming into a big game and a big challenge.”

“I wouldn’t have pictured myself playing on a wonderful muddy ground like this, but I’m here and it was a proud moment to put on the NZ Maori jersey, and represent my culture and my people,” he said. “It was a good way to finish off.

“I’m a bit upset about the result, but I think we’ll learn and hopefully the boys will get the win next year.”