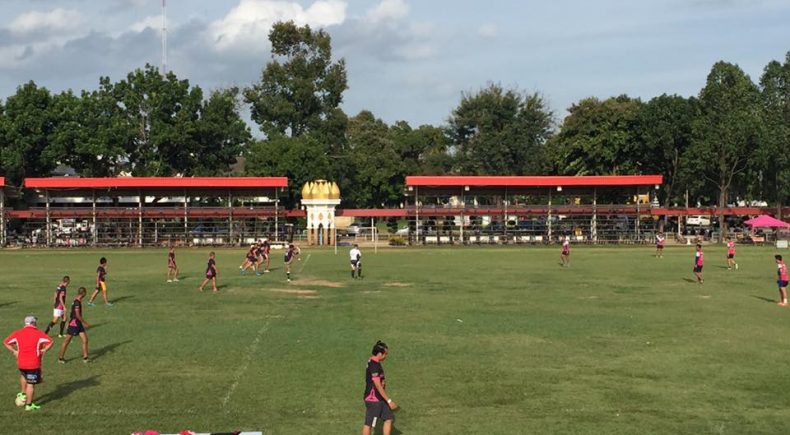 But the recent passing of 88-year-old King Bhumibol Adulyadej, the world’s longest-reigning monarch, has plunged the Kingdom of Thailand into a state of grief.

In addition to a year of mourning, the Thai government has ruled a 30 day moratorium on state events. Entertainment will be heavily toned down and “festivities” avoided for this period.

While officials from both countries extensively explored options of relocating the game, the Sports Association of Thailand (SAT) was also consulted.

Ms. Ratalalin Kaewpan, the Chairperson of Rugby League XIII Sports Association (Thailand) published an official press release over the weekend and has ordered the cancellation of the Rugby League International.

A decision was reached by both parties yesterday afternoon (Bangkok time) that the International will be rescheduled, to be played within the next 12 months.

Thailand’s Lèse-majesté laws — the world’s harshest — protect the most senior members of Thailand’s royal family from insult or threat. Public discussion of the succession can be punishable by lengthy jail terms.

A Malta Rugby League spokesperson commented after the announcement “We would like to offer our sincere condolences to the Thailand Royal Family, the Rugby League XIII Sports Association (Thailand) and the people of Thailand.”