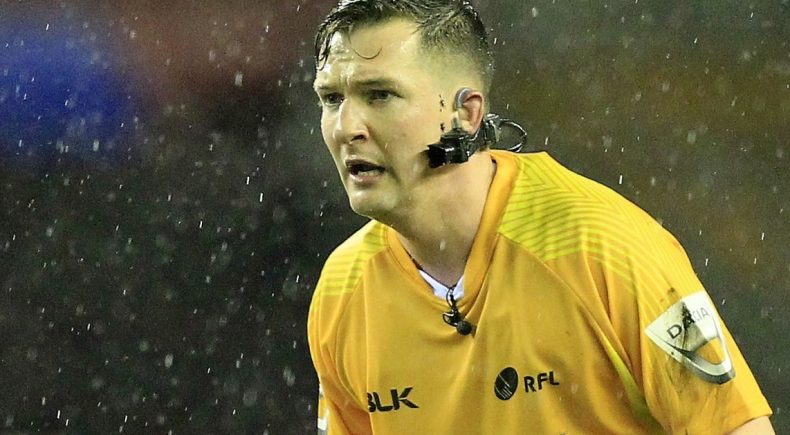 Super League referees Robert Hicks and Ben Thaler will be joined by the NRL’s Ben Cummins and Gerard Sutton to officiate at this year’s Ladbrokes Four Nations.

Hicks, a full-time referee since 2011, recently took charge of the 2016 Super League Grand Final between Wigan Warriors and Warrington Wolves and also has international experience after refereeing the Pacific Nations Test this year and at a World Cup 2017 Qualification Tournament between USA, Jamaica and Canada.

Ben Cummins and Gerard Sutton have officiated over 450 NRL games between them. Sutton has refereed Grand Finals, State of Origin and his international experience covers the 2014 Four Nations and the 2015 and 2016 Test Matches between Australia and New Zealand.

Super League’s Ben Thaler has refereed over 300 games since starting in 2005 and has gone onto officiate a Challenge Cup final, Grand Final, World Club Challenge, 2013 World Cup games and Tests between England and New Zealand last year, including the series deciding third test.

Speaking following the appointments, Ganson, said: “Myself, Tony and Luke are pleased with the four referees we have appointed – all are extremely experienced and have worked hard in the NRL and Super League this year.

“Robert Hicks and Ben Cummins have recently been involved in one of the biggest events of the year, their respective Grand Finals, and both controlled the games fantastically well in two compelling contests that went right down to the last minute.

“To have Ben and Gerard on board too just adds to the level of professionalism and experience that is needed in a tournament like this. With the amount of games they have officiated between them and the occasions they have been involved in, we’re confident the games will flow as they should.”