Residents fixture another chance to impress 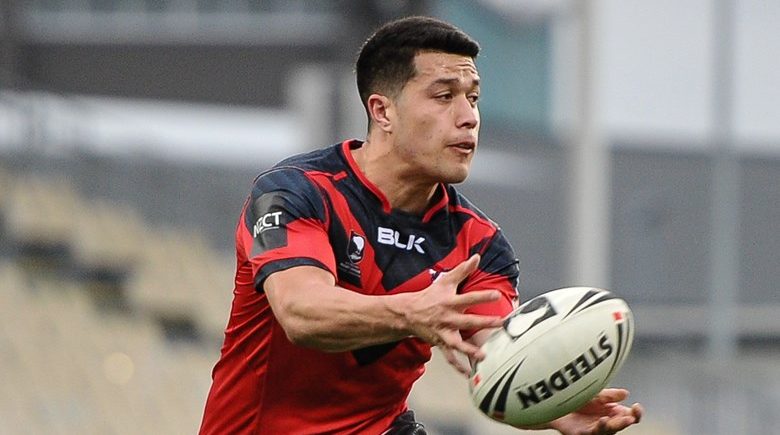 This week’s NZ Residents programme offers widely contrasting opportunities to its participants.
Their encounter with the NZ Maori in Huntly not only marks another step in the careers of our best domestic players, it’s also a chance for some to show readiness for the next level.

Bamford, aged 33 and in the twilight of his career, just wants to show his younger sidekicks the way.
At 123kg, the rampaging prop, who prefers to be known as “Bambi”, no longer harbours hopes of a call-up to the NRL.

He’s already nibbled at the edge of that particular plate, having played in the Queensland Cup against rivals that have found their dream, before and since.

This is also Bamford’s fourth tour of duty with the Residents, so he really has been here before.
“At my age, you never know when the next one is coming and to get one at my age is pretty special,” he says.

“My role this week is to lead the boys, and hopefully they can get on the back of what I do and show their talents.”

And that’s where Arona (21) hopes to capitalise on the situation.

The speedy halfback has been a star of the national competition since returning from the Canberra Raiders system two years ago, and he still has time, talent and desire to take another shot at the big show.
“This means heaps to me,” says Arona. “I get to play for my country in front of my family and friends. It’s also a stepping stone towards higher honours and maybe getting picked up by a club.

“I was playing in my second year [at Canberra] and had a son, so I decided to look after him, back at home, with my family’s support. The Raiders told me to put on a bit of size as well, because I was pretty small.”

The Maori line-up for Saturday is a mix of NZ-based players and others returning from Australia for the occasion, a good measure of the Residents’ abilities.

Several have played in the NRL reserve-grade competitions or higher, while centre Curtis Rona, a Kiwis tourist to England last year, is one his way from the Canterbury Bulldogs to a Super Rugby contract with the Western Force.

Former Junior Kiwis centre Taane Milne made his first-grade debut for St George Dragons this year.
“It will be a big game,” says Arona. “They will have a good team, with a lot of size and a lot of skill, some experience and a lot of young boys.

“I’m expecting Huntly to be packed, my family is coming up and I can’t wait to get down there and see all the faces.”

A women’s curtainraiser will also see Wahine Toa take on Pasifika in an encounter that features several of the Kiwi Ferns national squad.