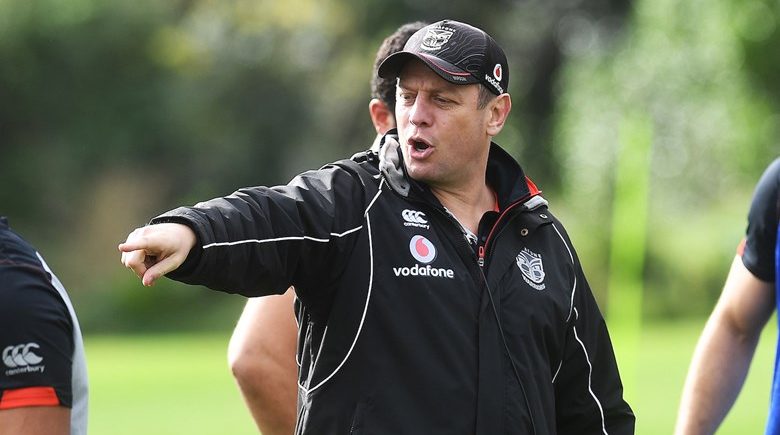 Kiwis head coach David Kidwell has made his first appointments, naming Justin Morgan and Willie Poching (Kiwi #724) as assistant coaches for the test against Australia in Perth on October 15 and the Four Nations tour to England.

Morgan’s most recent position was the assistant coach of the Vodafone Warriors. Prior to that, he held assistant roles at Melbourne Storm 2014-2015 and Canberra Raiders 2012-2013.

“Justin brings great experience, holding a head coaching position in Super League, and being involved with the Storm and Warriors,” said Kidwell.
The 133-game NRL veteran retired from playing at 26 to take up coaching. Starting his career in France, he was the head coach of Hull Kingston Rovers from 2007-2011.

Former New Zealand and Samoan international Poching has spent the last 17 years involved in top-level rugby league in the UK, the last six as an assistant coach with the Warrington Wolves, Leeds Rhinos and Hull Kingston Rovers.

Nearly two weeks into the head coaching role, Kidwell is excited about the additions to his staff.
“Willie has so much experience as an assistant coach in the Super League, and as a former Kiwi and captain of Samoa, he knows what international footy is all about.

“Both of these guys are great people who will compliment my coaching style.”

Morgan will concentrate on the backs, while Poching will work with the forwards.

“We are very pleased that David has been able to secure the services of two experienced coaches for our upcoming campaign” says NZRL chief executive Alex Hayton.
“During the off-season, we will, as usual, review the year with the coaching staff and management team, and once complete, confirm all our appointments to take us through to the World Cup.”

The full Kiwis squad will be named after the NRL Grand Final.