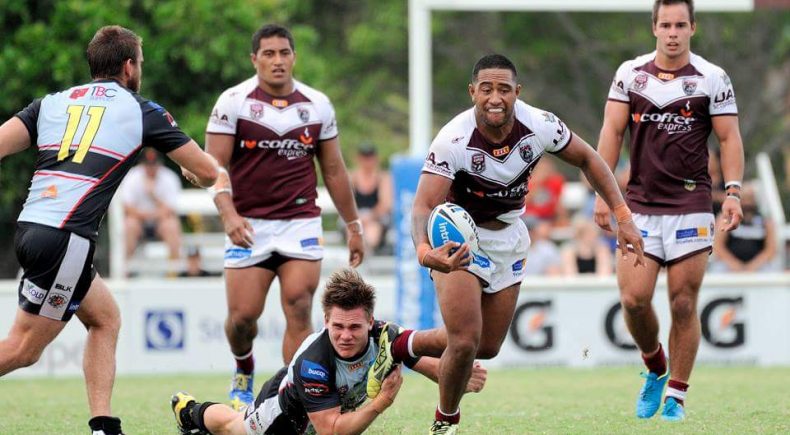 The Burleigh Bears have claimed the 2016 Intrust Super Cup with a hard-fought win over the Redcliffe Dolphins at Suncorp Stadium this afternoon.

Twice Burleigh opened up a 10-point lead over the Dolphins, but a try from late Redcliffe inclusion Darren Nicholls 16 minutes into the second half narrowed the margin to just four points.

The two teams were locked in a tense duel for the next 10 minutes as the Dolphins looked for the go-ahead try, but it was Cullen who capped a brilliant individual display with a try in the 70th minute that would ultimately seal their second state Cup title.

Although Cullen was able to take advantage of a tiring defence late, he challenged Redcliffe from the opening minutes of the match, laying on two tries for fullback Kurtis Rowe and having a hand in Sami Sauiluma’s second-half four-pointer.

Nicholls – who was ruled out on Tuesday by Dolphins coach Adam Mogg – and Broncos winger Jonus Pearson were important late inclusions for Redcliffe, but it was Cullen and future Parramatta Eel Jamal Fogarty who not only put on the points, but controlled the closing stages perfectly.

Burleigh had the better of the opening 10 minutes in terms of territory and possession and eventually came up with points after 12 minutes.

A shift to the left on halfway saw Cullen go to the line and put fullback Kurtis Rowe through a hole 40m out from the Redcliffe line and had too much pace for the cover defence to score his 19th try of the year.

An error from Burleigh back-rower Lachlan Burr from the next set invited Redcliffe to attack the Bears’ try-line and after receiving a ruck penalty on the goal-line hit back through rookie of the year Pearson after terrific lead-up work from first Aaron Whitchurch and then Joseph Bradley.

They threatened to double their try tally from the set after points when Jack Ahearn sent Daniel Randall on a 40m run inside Burleigh territory, but crunching tackles from late addition and co-captain Jamie Dowling and Sauiluma ended the Dolphins momentum before they could do more damage on the scoreboard.

A penalty for a dangerous tackle on Sauiluma 40m out from their own line allowed Burleigh back into Redcliffe’s half and again it was the combination of Cullen and Rowe that split the Dolphins defence, Rowe getting his second in the 22nd minute when momentum carried him only as far as the try-line.

A penalty goal to captain Fogarty pushed the Bears out to a 14-4 advantage after 27 minutes, but just as the game was threatening to get away from them, Tyson Cleal latched onto a Shane Pumipi grubber into the in-goal to bring the Dolphins back within four points heading into half-time 14-10.

However, Nicholls’ 56th minute try was to be the only points for Redcliffe in the second half, while -Sauiluma’s charge-over and Cullen’s special to seal the premiership were highlights for Burleigh.

Cullen, Fogarty, Sauiluma and Paterika Vaivai were outstanding for the victors while for Redcliffe hooker Shane Pumipi, prop Charlie Faingaa and a brave Nicholls were the best for Redcliffe.