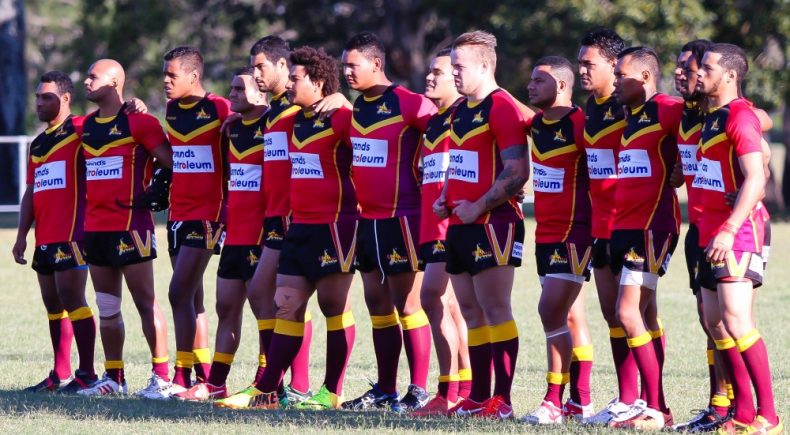 “For the third year running we are happy to be hosting ten of the hottest PNG Rugby League Nines teams in Australia, competing for championship honours and $5000 in cash. If last year’s tournament is anything to go by we are about to be treated to some fast and furious Nines football,” said Tom Adamson, President, QLD PNG Rugby League.

It all kicks off at 9am on Saturday 24th September, at Bill Norris Oval, Boundary Rd, Beenleigh, Queensland, Australia.
Last year’s championship winners, CDMC will return in attempt to make it back-to-back titles.

The CDMC team includes former Kumuls, Steve Franciscus and Trevor Exton. It also includes the exciting Wickham brothers, Eli & Shawn who have both had extensive rep careers. 2015 Player of the Carnival, Anthony Hoepper, will also feature in their campaign for a repeat victory.

The 2015 Runner’s Up, Masailes, will be campaigning to go one better this year. They are young team whose flashy and flamboyant play nearly upset the more experienced CDMC, going try for try in the final, only losing by a few points. Player to watch for the team is Willie Malala who was the top try scorer for the 2015 Kokomos 9s event.

Another new entrant, West Papua Warriors, are coming from PNG to take part in the Nines tournament. The Warriors are captained by heavyweight boxer, Tala Kami.

The multi-talented Kami will also be representing NCD as a Heavyweight in the 2016 PNG Games to be held in Kimbe in November.

QLD PNG Rugby League Head Coach and former PNG Kumul, Elias Paiyo, will be on hand review the talent on display, to make representative selections for the QLD PNG Kokomos team to compete in the upcoming Queensland Pacific Island Cultural Carnival (QPICC) supported by the QRL.

Draw to be advised.