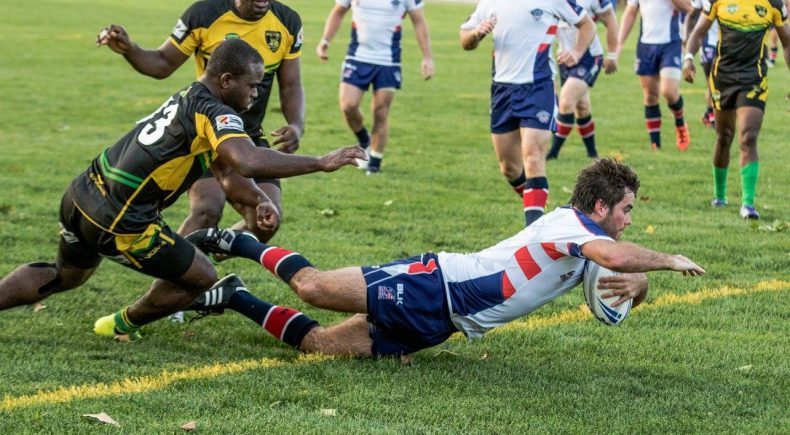 The United States has officially submitted a bid to host the Rugby League World Cup for the first time. Moore Sports International, a leading sports marketing and event management company which submitted the bid, is aiming to bring the 2021 Rugby League World Cup – the 16th edition of the prestigious global tournament – to American shores, as the sport continues to expand and grow internationally.

“We are honored and excited at the opportunity to showcase this sport to this nation – and the nation to this sport,” said Jason Moore, CEO of Moore Sports International. “Rugby leaguealready has a strong following in several major U.S. markets, and should the 2021 World Cup be staged in the United States, American sports fans new to Rugby League and who have a hunger for ‘Gladiatorial’ style sports are going to fall in love with this extraordinary game.”

Should the 2021 Rugby League World Cup be awarded to the United States, it would mark the first time in the event’s history that it would be contested outside of continental Europe or the Oceania region. The event was first contested in 1954 in France, and has been held only in traditional rugby-playing nations. The last Rugby League World Cup was contested in 2013 in England and Wales before nearly 500,000 fans, with Australia defeating New Zealand in the Grand Final. The 15th playing of thetournament will take place in 2017, hosted by Australia, New Zealand and Papua New Guinea.

“The RLIF is committed to growing the game and is working diligently to have Rugby League recognized as one of the world’s leading sports,” said David Collier, CEO of the Rugby League International Federation (RLIF), Rugby League’s world governing body. “This year’s bids, including a first-time bid from the United States via Moore Sports International, certainly affirm our belief in the greater opportunities ahead.”

The bid is hoping to capitalize on the global growth of the sport of rugby, especially among Americans, resulting in a never-before-experienced atmosphere for the event. The United StatesMen’s National Rugby League Team, currently ranked 10th in the world, has been a major reason for the increased popularity domestically. The men’s national team, nicknamed the Hawks,qualified for its first World Cup in 2013, reaching the quarterfinals. Rugby League’s speed, physicality, excitement and easily understandable nature are additional compelling reasons for America to successfully host the sport’s premierevent.