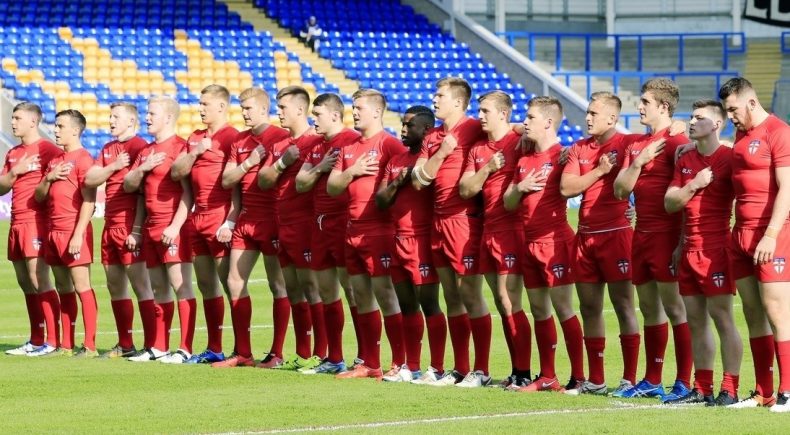 England Academy coach Andy Kelly has confirmed his squad of 24 players that will travel to Australia on Saturday July 9 for two Tests against the Australian Secondary Schools.

Nine clubs are represented in the tour squad – Wigan Warriors have seven players included; Widnes Vikings have four; City of Hull Academy and Leeds Rhinos with three; two players from Wakefield Trinity Wildcats and St Helens and one each from Warrington Wolves, Huddersfield Giants and Castleford Tigers.

The Academy’s preparations for this tour have included regular training camps throughout the year and a victory over France Under-18s in May which ended 52-20 with stand-off Brad Walker picking up the man of the match award for his performance and claiming a personal haul of 24 points.

England Academy coach Andy Kelly said: “The squad’s attitude in training and our game against France threw up some selection headaches. As a coach, that’s what you want from your players. It wasn’t easy picking this group of lads.

“Boarding that plane is what I believe to be the best young talent in English Rugby League right now and I’m confident they’ll go over there and do themselves, their families, their clubs and England proud.

“This is such a massive opportunity for these young men to go on a month-long tour of Australia and test themselves against some of the best under-18s in the world – myself and the rest of the England staff are excited to see them in action.”

Setting up camp at the Sydney Academy of Sports & Recreation during their first week in Australia, England Academy will play a warm-up game against Canterbury-Bankstown Bulldogs before heading over to Penrith in the second week to face Penrith Panthers in their final warm-up of the tour.

England’s two Tests against Australian Secondary Schools will be curtain-raisers with the first being played before Redcliffe Dolphins’ Queensland Cup fixture against Norths Devils at Dolphin Oval. The second will be played ahead of the NRL Telstra Premiership Round 22 fixture between Cronulla Sharks and Canberra Raiders at the Southern Cross Group Stadium.