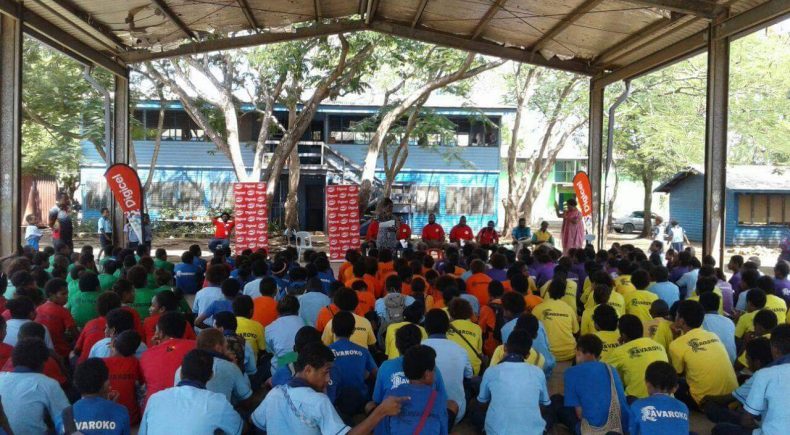 The Awareness Program will be carried out in nine provinces around the country starting with Port Moresby, Lae, East New Britain between May and June followed by Goroka, Mt Hagen, Jiwaka, Enga, Southern Highlands and Hela from July to August.

The School Program runs with the slogan ‘Developing Tomorrow’s Sports Stars Today’ and aims to promote health and well-being among school children across the country.

“The program is set to promote health and wellbeing, motivation, team building and establish friendships and the basic rugby league skills in the young members of our community.

“Digicel is in the community and for the community so what better way than to partner with community based schools to drive initiatives that build and promote good values and positive stories from the ground up. Developing tomorrow’s sports stars starts here and now.”

The Digicel Cup Awareness team will hold information sessions at 44 schools across the country to provide details on the Digicel Cup School Holiday Program in Term Two and Three holidays, when it will take place and how many students can participate.

The Digicel Cup Awareness team held their first information session on Thursday, 26 May with the PRK Gulf Isapea team visiting selected Port Moresby schools.
Students at the selected schools will be encouraged to register for the program which is applicable to Grade Seven students in its inaugural year.

Approximately 1000 students between 44 schools nationwide are expected to participate in the program during the school term holidays starting in Term two and continuing throughout Term three.

All 11 Digicel Cup franchise teams will be participating in the program in their respective provinces.

The Digicel Cup School Rugby League Program will run from May-September, 2016 and will have impacted over 44 schools nationwide in its inaugural year.