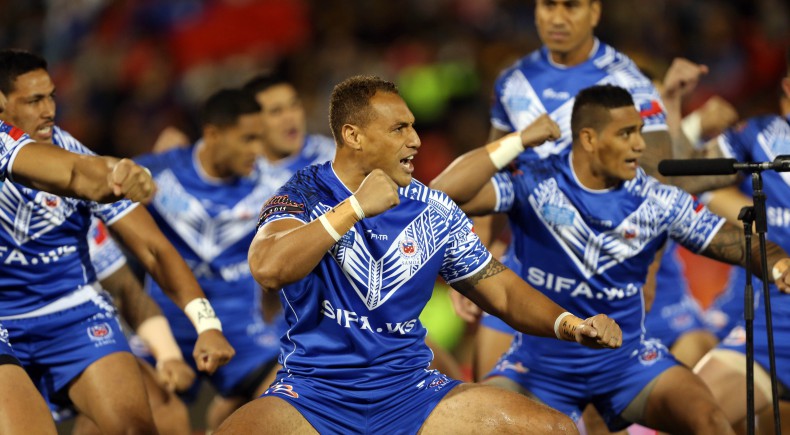 Anybody who questions the relevance of international rugby league need only watch this match to get an understanding of how much the sport means to the Tongan and Samoan communities.

Last year’s match on the Gold Coast – watched by 12,336 diehard fans – and the 2013 version in Penrith produced atmospheres that could rival some of the biggest spectacles on the planet.

No one will ever forget Tongan fans storming the pitch three years ago with their side up 36-4 as Samisoni Langi lined up a conversion, or Sam Kasiano and Frank Pritchard’s gravity-defying tackle on Jorge Taufua in the corresponding fixture last year.

The match has been moved this year to Parramatta – a suburb in Sydney’s western suburbs that is brimming with people from the Pacific Islands – and will cap off a triple-header of action guaranteed to have fans wanting more.

Tongan coach Kristian Woolf has gone for a mix of youth and experience with the common denominator that every member of his squad has played at least one game of NRL.

Matt Parish has picked an explosive Samoa backline, a monster forward pack and the diminutive halves pairing of Pita Godinet and Fa’amanu Brown.

Watch out Tonga: It appears Samoa has adopted the mindset that size most certainly does matter. Sam Kasiano and Junior Paulo have been named in the starting side and will combine to form one of the biggest front row pairings ever seen on a footy field. The Bulldogs big-bopper is listed at 130kg while Paulo is ‘only’ 118kg. It’ll be a monumental challenge for Tonga’s Peni Terepo and Felise Kaufusi to contain their Samoan counterparts, who will be ably supported by Leeson Ah Mau, Frank Pritchard and Sauaso Sue in the run-on side on Saturday night.

Watch out Samoa: This fixture hasn’t traditionally been dominated by the halves, but it does appear that the Tongans have a distinct advantage in that area heading into Saturday’s clash. Feleti Mateo boasts over 200 games of NRL experience including two grand finals. While not a noted five-eighth per se, the Sea Eagle has magnificent ball-playing skills for a big man and his size will be a problem, especially for the 170cm tall Pita Godinet. His partner in the halves, Samisoni Langi, was man of the match in the 2013 clash and was named in the NYC Team of the Year as well.

Key match-up: Tony Williams v Frank Pritchard. While they are unlikely to come face-to-face on Saturday night, the battle between ‘T-Rex’ and ‘Frank the Tank’ will still be one for the ages. The former Canterbury teammates combined to terrorise opposition defences with Williams often starting on the left edge before shifting to the other side of the field to accommodate his more senior teammate. The Bulldogs back-rower hasn’t had the best start to 2016 but will be keen to deliver against the now Hull FC enforcer.

The history: Played 3; Tonga 1; Samoa 2. It seems incredible that these two rivals have only played each other on three occasions. Samoa won the first meeting at the 2008 World Cup before Tonga cruised to a 32-point victory in 2013. The ‘Usos’ responded to win last year’s memorable encounter 18-16.

The way we see it: This will be fast, physical and full of feeling. Expect both sets of fans to provide an atmosphere that will live long in the memories of footy fans. The result itself could easily go either way with both teams brimming with NRL experience. It could come down to a piece of magic from the flashy backs, a bulldozing charge by one of the forwards, or even a moment of wizardry from the bench. Sitting on the fence seems tempting, but we’ll say Samoa by 4. 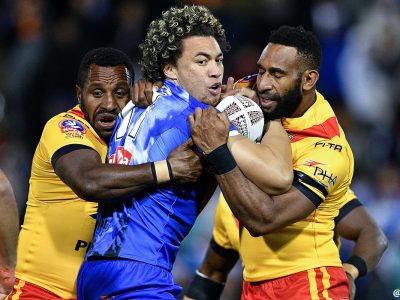 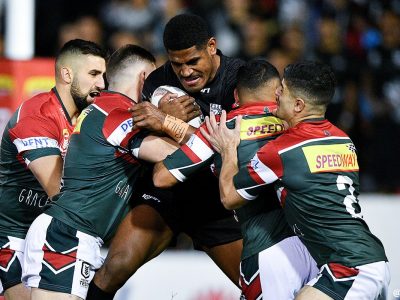 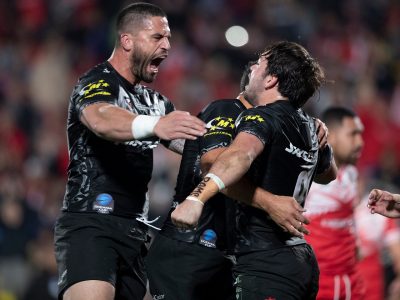 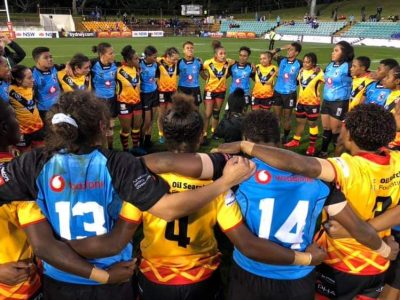