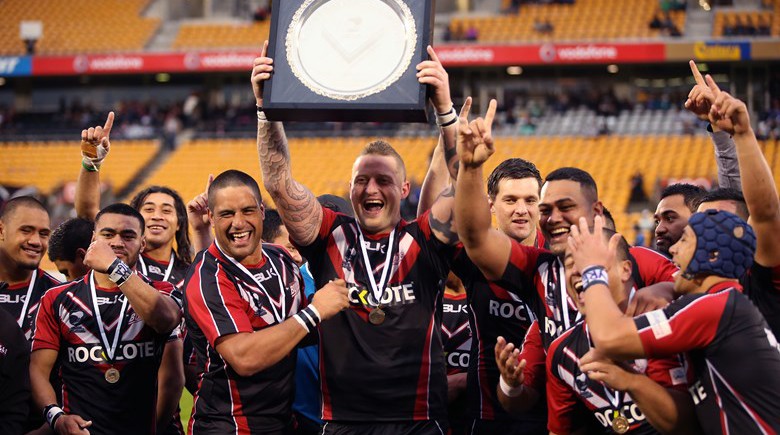 New Zealand Rugby League will put the focus back on district representation, when it relaunches its national competition for the 2016 season.

After a thorough review of the existing zone-based structure, NZRL has introduced a three-tier format, aimed at district teams:

Throughout its history, the national competition has been run across a variety of formats at club, district and regional levels.

Since 2010, the national premiership has been contested by the seven NZRL zones – Northland, Akarana, Counties Manukau, Upper Central/WaiCoaBay, Mid Central, Wellington and Southern (represented by Canterbury).

“While much of our junior talent has already committed to a professional pathway through the NRL, it’s important that we continue providing career pathways for NZ-based players, coaches and match officials,” says NZRL high performance general manager Brent Gemmell.

“The previous format was designed to showcase the best talent from each zone and it served a purpose, but in reality, there was a varying amount of commitment to that concept,

“The feedback from our community told us we could better connect to the grassroots through district football. It will certainly be easier for most teams to train and assemble for games each week.”

To help keep the playing field level, Akarana and Counties Manukau will retain their zone identities, rather than combine under an Auckland district allegiance.

“Obviously, Auckland has the greatest depth of player talent in the country, so it makes sense to provide opportunities to as many of those players as possible at this level,” says Gemmell, who has coached four Auckland teams to national titles.

Competing districts would fund their own participation in the regional qualifying rounds, while NZRL would pick up the travel costs for national championship/premiership fixtures, along with the Grand Final day.

NZRL Women & Youth Nationals will continue to be contested by zone teams within a tournament format.

The proposed 2016 NRLC/Residents schedule is: