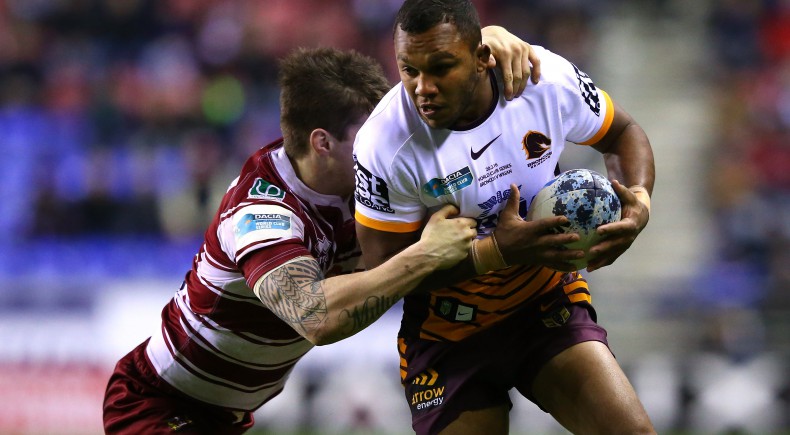 Beaten NRL grand finalists Brisbane have made it 2-0 to the Aussie sides in the World Club Series with an emphatic 42-12 hammering of Wigan at DW Stadium.

For the most part there wasn’t a huge gap between the two sides in the middle of the field, but it was in each side’s 20-metre zone that the gulf in class was evident, with the Broncos clearly pumped up for the season off the back of a dominant display.

While Brisbane’s sliding defence repeatedly shut down Warrior raids, Wigan struggled to keep the Broncos machine at bay every time it knocked on the doors.

In attack, the Broncos were relentless, and their execution polished. For Wigan, a mountain of fumbles inside Brisbane’s red zone and numerous passes going just in front of or behind their intended targets served to scupper any chance for the cherry and whites to stay in the contest.

In fairness to the home side they lost hooker Michael McIlorum early to a broken ankle but at best his presence could have narrowed the margin as the Broncos went on a scoring spree.

The pattern was established in the opening 10 minutes when slick Broncos defence held out repeat sets at their line before they marched upfield for an accurate Darius Boyd cut-out to send winger Corey Oates over for the game’s first try in the 10th minute.

The Broncos repelled another Wigan attacking raid when Greg Eden defused a high kick in-goal; they again marched upfield but this time a similar left-side play broke down when the last pass went behind Oates into touch.

From the same play McIlorum was taken from the field after his own teammate, Ben Flower, rolled awkwardly over his ankle while the pair tackled Anthony Milford. Insult was added to injury when a wicked bounce from a Milford grubber allowed halfback Kodi Nikorima to chase through and ground it next to the posts for a 12-0 lead.

A Broncos mistake coming out of their own end allowed the cherry and whites to open their account when centre Dan Sarginson burst onto a beautifully held up pass by Liam Farrell and a 12-6 score-line after 24 minutes but that was as good as it got for the hosts.

The Broncos stretched their lead just past the half hour mark when a perfect Nikorima short ball sent Matt Gillett on a run to the line.

Broncos bench prop Jarrod Wallace added an exclamation point to a dominant half a minute before the break when he slipped through a yawning gap in front of the posts provided by a nice Milford short pass and a 24-6 advantage at half-time.

The Warriors had to be first to score after the break and they looked more resolute upon the resumption but when an attacking play broke down with a fumble, new Brisbane centre James Roberts scooped up the loose ball and launched a counterattack with Eden, which finished with Oates’s second try up the other end of the field and on the opposite flank – with another touchline conversion from Parker for good measure.

If that 12-point turnaround summed up Wigan’s night the next try epitomised the difference in luck and execution.

Chasing through on a Boyd grubber to the Wigan in-goal, Nikorima bobbled the ball forward twice before grounding it. The play was sent upstairs as a no-try before replays revealed the ball had only travelled forward off Nikorima’s knee and hip and the fair try was awarded for the halfback’s second of the night.

Three consecutive knock-ons inside Brisbane’s red zone in the space of 10 minutes highlighted Wigan’s struggles with execution then, almost inevitably, Brisbane finally broke out of their own end when Eden ran 80 metres to score straight from a scrum.

A floating Milford pass and sublime tap-on from centre Jordan Kahu looked to have handed Oates his hat-trick but this time the winger definitely went into touch in the act of scoring and the four-pointer was denied.

With full-time beckoning, George Williams got his name on the board for the home side when Wigan managed to keep the ball alive in the face of some slick Broncos sliding defence but it was cold comfort for the disappointed home crowd as the Broncos ran out 42-12 winners. 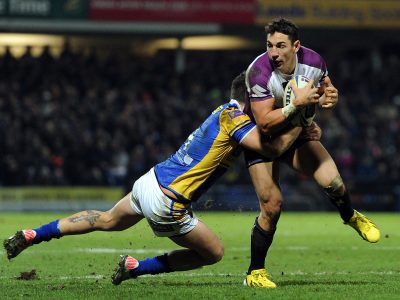 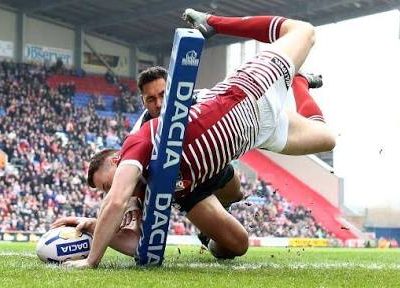 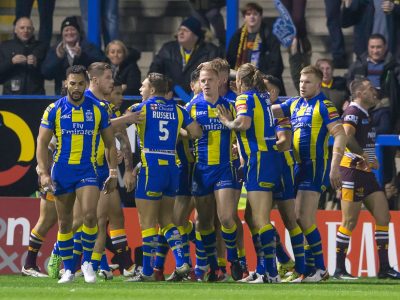 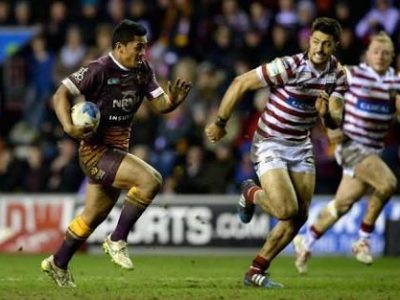