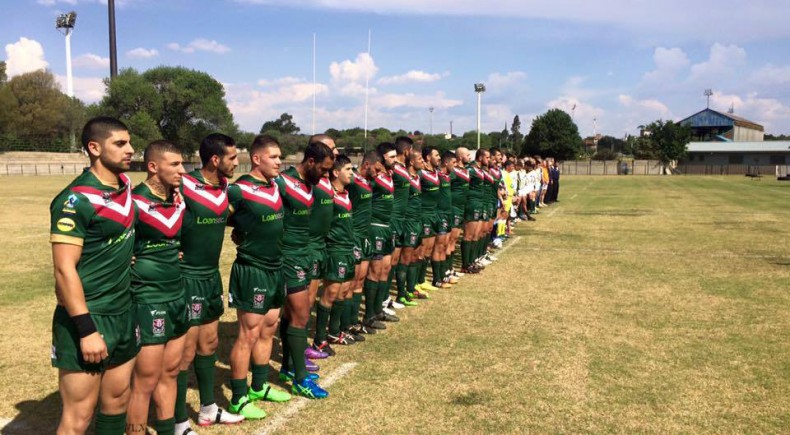 Lebanon are in pole position to contest their first Rugby League World Cup since 2000, after a convincing first leg win over hosts South Africa in Brakpan, near Pretoria

In the searing heat, the Cedars ran in seven tries, three to experienced winger Travis Robinson, while classy half back James Boustani landed six goals.

“We’ve been training together for five weeks and I thought it came together really well,” said Lebanon second rower, man of the match Elias Sukkar. “We played a tough opponent but we managed to get through them. Our structure was the difference and our defence was really good.

“Next week we just have to play our game and not move away from what we do so well and I’m sure we’ll confirm our place in the Rugby League World Cup.”

Robinson posted an ominous warning in the third minute, the Cedars spreading the ball wide direct from a scrum to go over in the corner, Boustani adding the extras from the touchline.

Lebanon skipper Chris Saab crossed from close in, the Cedars then losing experienced forward Ray Moujalli with a deep gash to his knee which required hospital treatment as Daniel Abou-Sleiman went over to increase the lead, Boustani making it 18-4.

Seven minutes before the break, Melbourne Storm’s Robinson went on a superb weaving solo run to cross in the corner to make it 22-4, too far out for Boustani to goal.

The heat and humidity began to take its toll in the second period, the visitors further hampered when Ahmad Ellazwas sin binned in the 52nd minute for a dangerous tackle.

Two tries in four minutes, from Mitchell Mamary and Tarek El Masri then took the game away from the hosts as Lebanon made good ground up the middle, Sukkar excelling, Nardus Raubenheimer replying with a score that looked to keep the second leg alive.

But Robinson put a significant gap between the teams with his hat-trick score two minutes from time.

“They dominated really well,” acknowledged South Africa coach Brian Greige. “Our completion rate was really good but we made too many mistakes in key areas, especially in the first half. We had 41 missed tackles which cost us the game, and the first 20 minutes hurt us after which we had to play catch-up football.

“We have a few things to work on this week but we should be good for the experience and hopefully we’ll turn it around.”

The sides meet again at the same venue on 30th October. 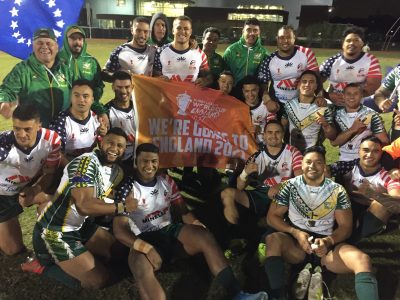 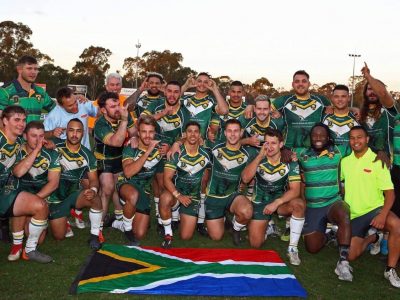 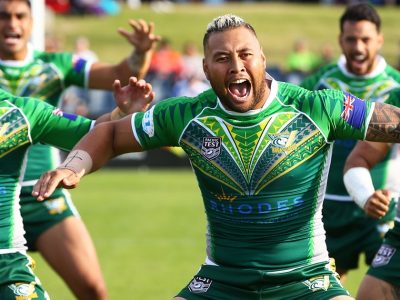 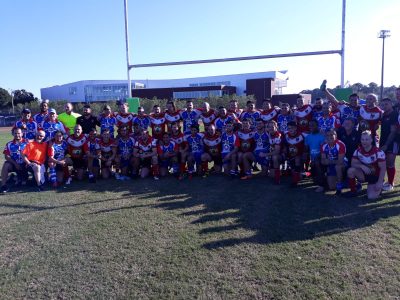