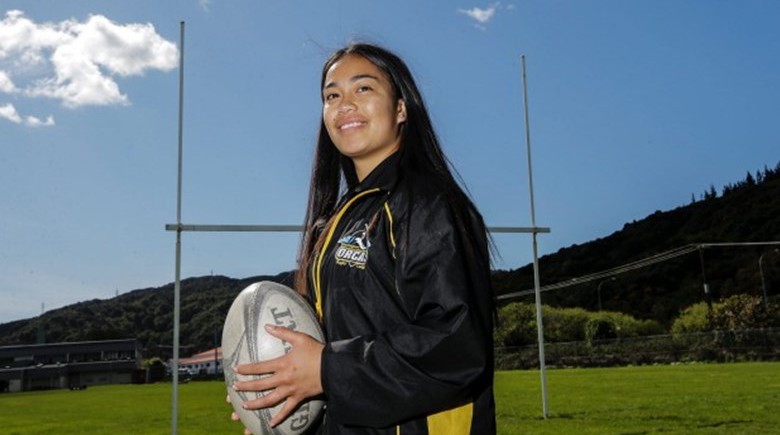 Sieni Mose will be part of the Kiwi Ferns setup in just her first year of women’s rugby league.

The Wainuiomata High School year 13 has played rugby union for the past few years, but had a serious crack at league this year, making the Wellington Orcas women’s team.

She scored seven tries in as many matches playing on the wing at nationals a few weeks ago, including a hat-trick in the Orcas’ 28-10 win over Wai-Coa-Bay Stallions in the fifth and sixth playoff.

Her form led to Ferns coach Alan Jackson picking her in his training squad with a view towards next year’s Anzac test against Australia.

Click here to view the full story on stuff.co.nz