Players unite behind message of respect 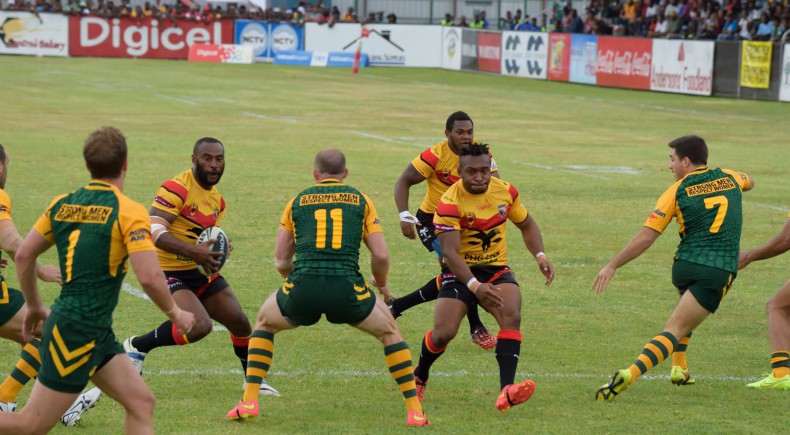 The Australian and Papua New Guinean Prime Minister’s XIII rugby league teams have renewed their appeal for a change to community attitudes about violence against women.

The teams will gather at the Australian High Commission in Port Moresby on 24 September to promote the message ‘Strong Men Respect Women’, which will be displayed on the players’ jerseys in the PM’s XIII match on Saturday in Port Moresby.

Acting Australian High Commissioner to Papua New Guinea, Ms Bronte Moules, said the Prime Minister’s XIII continues to draw on the power and popularity of rugby league as a positive vehicle to talk to the community and help change attitudes.

“Family and sexual violence is a crime that affects millions of women and children around the world – in Australia and in PNG. These crimes are usually hidden and unreported.

“Violence against women and children is a problem that can be tackled through determined leadership that changes attitudes and behaviour to prevent violence, as well as through protecting survivors.

“We must encourage more men to recognise the costs of violence and the role they can play in changing behaviours, supporting women and speaking up against violence to turn this situation around.”

Ms Moules said rugby league draws all Papua New Guineans together and is one of the many strong bonds that unite Australia and PNG.