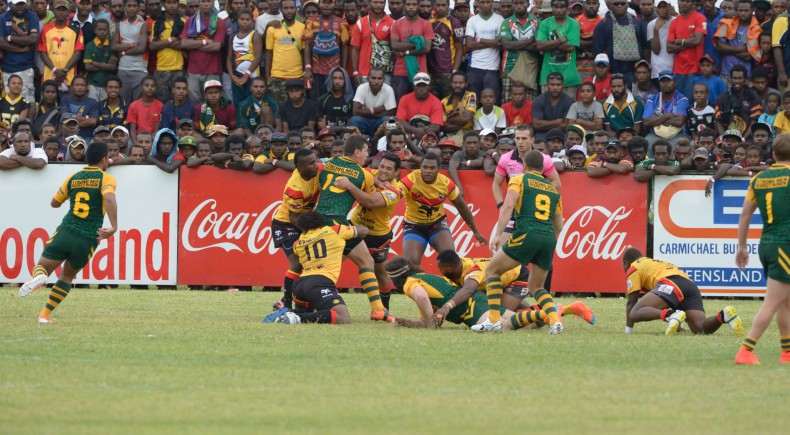 The annual Prime Ministers Challenge between Papua New Guinea and Australia has been confirmed for September 26.

The match will be played at the Sir John Guise Stadium under lights. PNGRFL chairman Sandis Tsaka announced this today.

He said national selectors will be busy over the next few weeks as they pick teams for the various representative games that will also coincide with the Prime Ministers 13 game.

The games include a Under 16 match against New South Wales and a women’s representative fixture between two teams selected from the National Confederates championships that will be staged in early September.

Selectors will also be following the performance of players in the Digicel Cup which has its grand final scheduled for September 6.

“This is therefore a great opportunity for players who haven’t been exposed to a higher level of competition to put their hands up for selection so that we can increase our pool of players for our elite programs.”

The return leg of the Pacific Test at the end of the year is an important game for PNG and therefore the Hunters would have to be available for selection together with our other players who are playing overseas and in the country, he said.