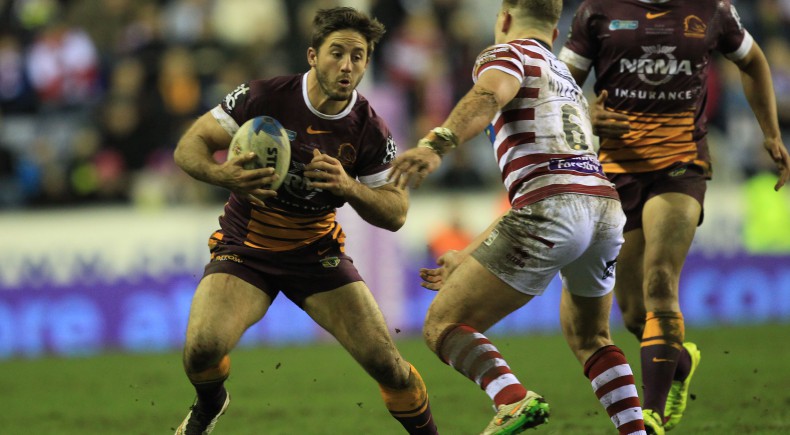 Super League and NRL officials have expressed their shared belief that the hugely successful World Club Series has enhanced both competitions and will stimulate further growth in Rugby League around the world.

The six-team tournament featuring three representatives each from Rugby League’s elite competitions in Europe and Australasia were played out in front of bumper crowds over the weekend with massive television audiences in key territories.

A total of 51,902 people attended the three games, including a capacity crowd of 17,980 at Langtree Park for the World Club Challenge between St Helens and South Sydney Rabbitohs, the respective champions of the First Utility Super League and NRL.

The title of ‘world club champions’ was taken by South Sydney with a dominant 39-0 victory over St Helens whilst the NRL won Rugby League’s own Ryder Cup-style tournament 3-0 following wins for St George Illawarra Dragons against Warrington Wolves and Brisbane Broncos against Wigan Warriors.

For Super League General Manager Blake Solly, the World Club Series proved to be an unparalleled success which provides added value to both competitions and Rugby League at international level.

“The 2015 World Club Series delivered everything we hoped for and more and will leave an indelible and exciting legacy for the sport on both sides of the world,” said Solly.

“The series fired the imagination of existing Rugby League supporters and new fans alike, all of whom watched the best players in the world in massive numbers.

“The feedback we have had from the players involved, both from Super League and the NRL, has been universally positive, and I know from the many comments from players not fortunate enough to be involved that there is a massive appetite to be part of the World Club Series next year.

“The tournament raised awareness of the sport around the world to new levels and its continued presence in the Super League and NRL calendars, allied to a meaningful international schedule, will help Rugby League maintain the impressive levels of growth we are experiencing.”

The World Club Series is again scheduled to take place in the UK next year but its long-term future will be determined following the discussions that will take place between Super League and the NRL as part of the 2015 tournament review.

Brisbane Broncos have already indicated their desire to host Super League opposition, and the NRL is to examine the feasibility of taking the tournament Down Under in future years.

Andrew Hill, the NRL’s General Manager League Integration and Development, echoed the view that the World Club Series was a great success.

“The competitiveness of all three games was outstanding, with the outcome of the first two games in doubt to the final siren which kept spectators and TV viewers on the edge of their seats until the very end,” said Hill.

“In the World Club Challenge we saw NRL Premiers South Sydney Rabbitohs at their very best with some scintillating play which impressed everyone.

“Off-the-field, both Super League and NRL continue to work together to enhance the game internationally.

“The World Club Series is one of the strategies for growth in place at the NRL and Super League and we are looking forward to building on what has been an outstanding tournament.”