Australia too strong for Samoa 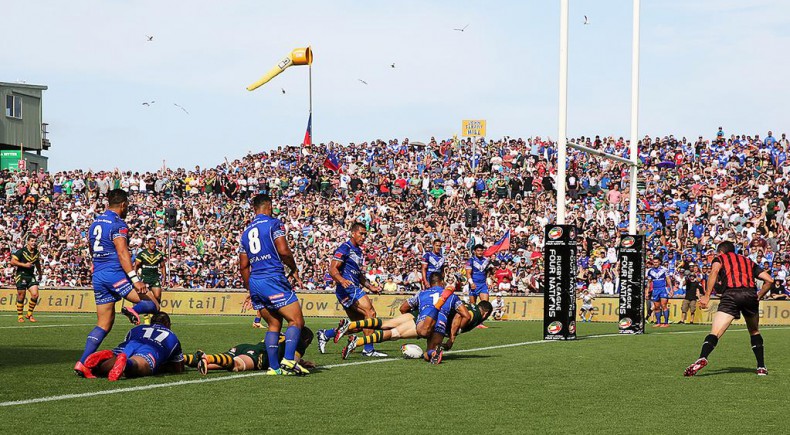 Australia secured their place in the final of the 2014 Four Nations Series – and confirmed England’s exit – with an emphatic 44-18 win over Samoa in Wollongong.

Full-back Greg Inglis and scrum-half Cooper Cronk both scored two tries as the Kangaroos set up a showdown with New Zealand in Wellington next Saturday, when they will have the chance to atone for their surprise 30-12 defeat in the group stages in Brisbane.

Samoa, who pushed both England and New Zealand all the way in their first two games on their tournament debut, needed a win by more than eight points to reach the final while a smaller margin of victory would have opened the door for England.

However, it proved to be a game too far for the Pacific Islanders, who trailed 28-6 at half-time, and England, who watched the match from their Dunedin hotel, will now pack their bags for an early return home.

Slender English and Samoan hopes suffered a blow within two minutes of the kick-off after man of the match Inglis broke clear to get Cronk over for the first of Australia’s eight tries and the South Sydney full-back then went over twice in 15 minutes to establish a stranglehold on the game.

The physical Samoans were punished heavily for their indiscipline, conceding five penalties in the first 15 minutes, but full-back Tim Simona pulled a try back and replacement hooker Pita Godinet had one disallowed as they briefly rallied, to the delight of the 18,456 crowd at WIN Stadium.

However, stand-off Daly Cherry-Evans went 70 metres from a scrum to score Australia’s fourth try and prop David Klemmer took the short route seven minutes before the break for his first Test try, with captain Cameron Smith kicking his fourth goal, to put the outcome beyond doubt.

Stand-off Ben Roberts, who is moving to Super League with Castleford in 2015, and captain David Fa’alogo added further tries for the Samoans as they improved in the second half and Tim Lafai kicked his third conversion.

But Cronk claimed his second try and prop Josh Papalii and winger Josh Mansour both touched down in the last five minutes as the Kangaroos finished in total control.

Cherry-Evans converted both the last two tries after taking over the goalkicking duties from Smith.