Home > Australia > All eyes on Westpac for Four Nations Final

All eyes on Westpac for Four Nations Final 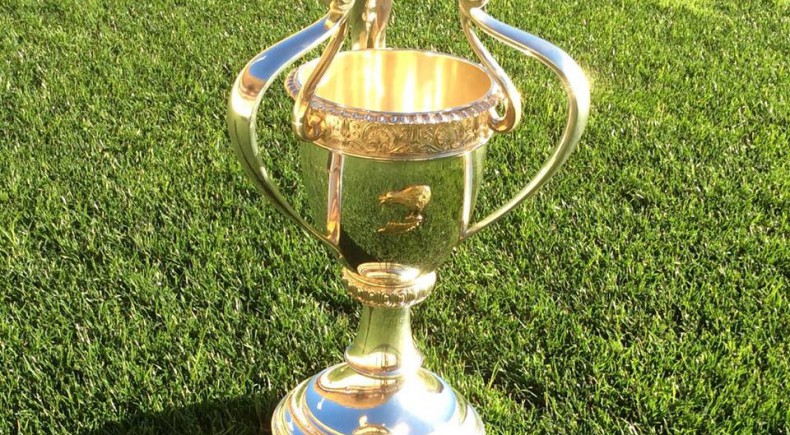 On November 15, NZ Kiwis coach Stephen Kearney hopes to stand on the Westpac Stadium pitch with his big hands wrapped around the hallowed Four Nations trophy.

Wellington mayor Celia Wade-Brown hopes her city will have shown its ability to host future rugby league blockbusters by filling the 30,000-seat facility for the tournament final.

And the pair have had a taste of what all that might feel like, as they helped launch ticket sales for the biggest game of the 2014 international calendar.

League fans took advantage of pre-sale opportunities last week, the general public now have their chance to snaffle up seats for the tournament.

New Zealand Rugby League will stage three fixtures during the series, also hosting Samoa in Whangarei (November 1) and England in Dunedin (November 8).
But the Wellington final presents a huge challenge, both on and off the field.

Kearney, who began his illustrious playing career in this city, is very focused on guiding his team to the prize, as he did in 2010.

He’s intent on avenging the Kiwis’ heavy loss to Australia in the World Cup final and knows the English will want the same, after they fell to New Zealand on fulltime of their tense semi.

“We’re certainly preparing to be one of the teams playing here in November,” he confirms. “We have a plan on winning the next World Cup in 2017 and that process has already begun with May’s Anzac Test.”

With several players ruled out by injury, Kearney fielded a very inexperienced line-up that confounded the critics, leading the Aussies 18-12 at halftime and eventually bowing 30-18 in Sydney.

“Not many people gave us much of a chance against the Australian side, but the boys played with a great deal of pride and spirit in that game, and we intend building on that during the Four Nations tournament.

“We think a big home crowd can make a difference for us, but regardless of whether we’re there or not, this will be a great rugby league spectacle.

“I know how passionate Wellingtonians are about their league and sport in general, so I’m confident they will support this event.”

There’s an incentive for the city to perform too. With New Zealand and Australia named as co-hosts for the 2017 Rugby League World Cup, NZRL has consciously spread its Four Nations fixtures around the country to gauge support from local communities.

New Zealand is determined to secure a game at the business end of the tournament and this is a chance for Wellington to put its collective hand up.

“We’re pretty keen to demonstrate the fact we’re a national game and broaden the reach of our elite team in terms of a profile,” says NZRL chief executive Phil Holden. “We’re very conscious of testing the interest in the regions.

“Wellington is a big-event city and if the event is compelling, the people will turn up.

“We’d love to have the Kiwis in that final, but we’re focused on making it a spectacular event, so we’ll be working very hard on the entire entertainment package.”