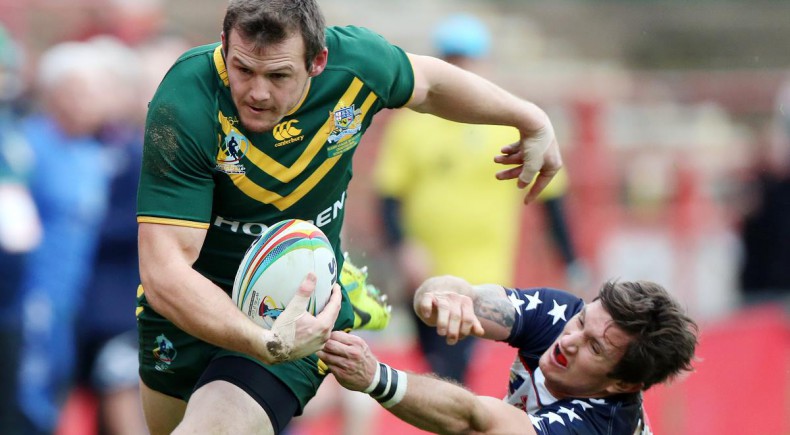 The NRL will pay tribute to Kangaroos heroes from the Illawarra as part of the pre-game celebrations for a historic first-ever Test match in Wollongong featuring the World Champion Holden Kangaroos.

The schedule for the 2014 Four Nations tournament was launched today in Brisbane with Wollongong named to host the Test between Australia and the winner of the mid-season Test between Fiji and Samoa.

WIN Stadium will host the match on Sunday, November 9. It will mark the first Test the Holden Kangaroos have played in Wollongong.

“We have been working in partnership with the Dragons to bring a major event like this to Wollongong and as part of this special occasion we plan to celebrate the region’s proud Rugby League history,” said NRL Head of Commercial, Mr Paul Kind.

“There are a number of Kangaroos heroes who have come from the Illawarra and that will be a focus of our planning around the match.”

Dragons CEO, Mr Peter Doust, said the Club had always been committed to working with all stakeholders to ensure further elite Rugby League content was brought to the Illawarra.

“Recently we were able to bring the Charity Shield to the region and we are very pleased that after consultation with both the NRL and WIN Stadium, Rugby League supporters in this region will have the chance to see international rugby League in the Illawarra this November,” said Mr Doust.

“Venues NSW has been working closely with the NRL to bring the Kangaroos Test to WIN Stadium, Wollongong,” said Mr Quayle.

“It is our plan to promote WIN Stadium as a multi-use venue, and events such as this, as long as they are supported by the local community, will be a very important part of WIN Stadium’s future.”